Vote Tuesday! More Importantly… Pray for the Repentance of Our Country 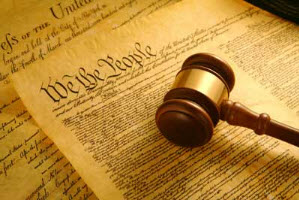 The following link provides an interesting article from BLOGOS.org titled “Why Government is not the answer”. It is not an article of anarchy, rather it centers on a warning by our second President of the United States, John Adam’s who said: “We have no government armed with power capable of contending with human passions unbridled by morality and religion. Avarice, ambition, revenge, or gallantry, would break the strongest cords of our Constitution as a whale goes through a net. Our Constitution was made only for a moral and religious people. It is wholly inadequate to the government of any other.”

While every Christian US citizen should vote this Tuesday, the BLOGOS article touches on the deeper issue of the spiritual state of our country. Because of the sinful state of Sodom and Gomorrah, God destroyed those cities (Gen 19:1-29). In contrast, the people of Nineveh repented (Jon 3:5) when they listened to the warning of the prophet Jonah, as a result, their city was saved. Sadly, later in history Nineveh was utterly destroyed because it once again turned away from God. The entire book of Nahum chronicles its fall. (Na 1:1-3:19)

The United States of America now has a majority of its government and many citizens that have turned away from the God of the Bible and is at least as morally corrupt as these historical cities that were destroyed. Heb 13:8 states: Jesus [God] is the same today, yesterday, and forever. We would be fooling ourselves as a nation if we do not realize that if we ignore God’s precepts, God’s loving patience will one day come to an end.

Yes vote, but moreover, get on your knees and with a repentant heart, pray for our country. For if we are not submitted (as a country, as a state, as a city, as a neighborhood, as a citizen) to God, His Son Jesus Christ, and His Word, then it will not matter who will win the election. In the end, we will face God’s Holy and Just judgment.