UK votes to leave the EU 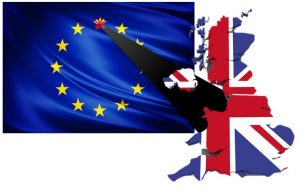 UK votes to leave the EU. It will be a rocky day in the markets Friday. And prophetic implications…Wow.

Since the formation of the League of Nations, later called the United Nations, and then the formation of the European Union; eschatologist have watched closely as it is very interesting in light of biblical prophecy. The “ten toes” of Daniel 2:42 and the ten-horned beasts of Daniel 7:20 and Revelation 13:1 are references to a “revived” Roman Empire which will hold power before Christ returns. Although the precise political structure has yet to be formed, the pieces can be seen falling into place. The UK dropping out of the EU will rock the European and Global economy. It will be interesting to see how the power structure shifts in Europe. What will Germany (the largest economic power of the EU) do in light of this change? How will Russia respond to this opportunity and will it kick start Ezekiel 38? And what will happen to the failing economic states in the EU such as Greece? In an economic vacuum, the ambitious will position themselves to take advantage of the situation. What happened today may well be a prophetic puzzle piece dropping into place that gets us closer to the time when an ambitious leader (the Antichrist) of this revived Roman Empire will make a covenant with Israel and hence begin the end time tribulation. Interesting times indeed. Watch and pray. God bless!