SagacityWeb » Eschatology » The Tracking of Everything 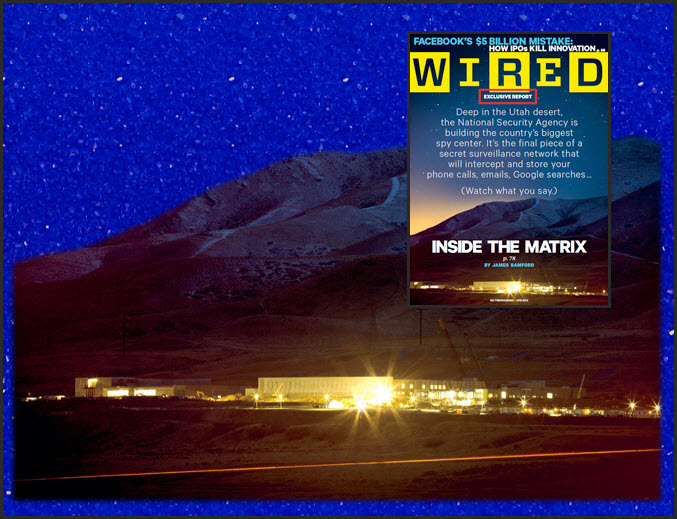 When we read Rev. 13:16-17, we might think of the infamous symbol 666 also known as the mark of the beast. We also note that these scripture verses state that we will not be able to buy or sell without having such a mark. As I stated in my related article “Complete Surveillance In The World We Live” , it wasn’t too many years ago that the ability to track everyone’s movement globally was the stuff of science fiction and social apocalyptic novels such as George Orwell’s 1984.

On 3/15/12, www.wired.com broke an article that may be one of the final puzzle pieces to make total tracking a reality. In the news article “The NSA Is Building the Country’s Biggest Spy Center (Watch What You Say)”  ,the National Security Agency is due to complete in 2013 one of the world’s largest data server farms in existence that will enable tracking on every type of electronic activity on the internet. In today’s world, that means just about every type of communication you can think of. Personal internet activity, credit card transactions, bill payments, bank transactions, medical records, phone calls, emails, shipment tracking, etc. all rely on the process of worldwide electronic interactions of millions of computers known today as the internet. 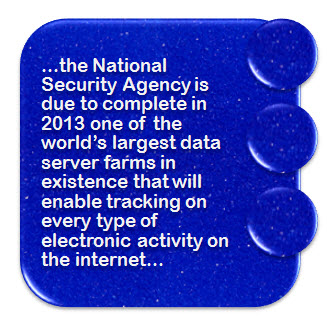 The Wired news article reported that “In terms of scale, Eric Schmidt, Google’s former CEO, once estimated that the total of all human knowledge created from the dawn of man to 2003 totaled 5 Exabyte’s”.  By 2015, the internet may reach traffic of a 966 Exabyte’s per year. In comparison, the new NSA data center will purportedly be able to handle over a Yottabyte of information (That is 1 million Exabyte’s) per year.

While FoxNews reported yesterday that the FTC pushes for rules on online privacy, the NSA is about to flip the switch on one of the most powerful, cryptographic cracking and data trending computers ever built. Since the day to day workings of the new NSA center in Bluffdale, UT, is by its very nature, “secret”; it is humorous to think that any claims of enforcement rules for online privacy could be relied upon. Designed to crack 128bit encryption, the NSA hopes to be able to troll the bits and bytes flying around the internet to look for the communication of terrorist and data of other nefarious activities throughout the world. 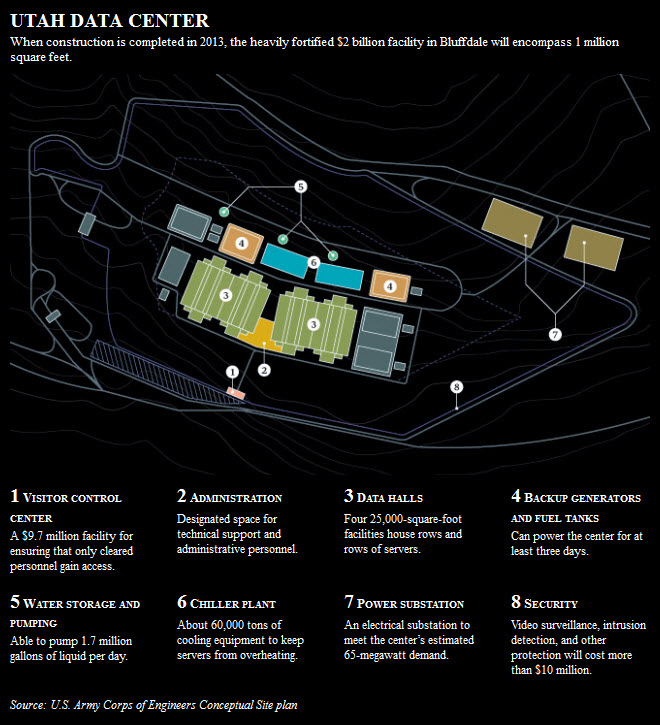 In regards to the last days, it is not too hard to conceptualize that the mark of the beast will be some sort of personal I.D. code that will be linked to your ability to make monetary transactions, get medical care, access mass transit systems, etc.

One day in the not so distant future, a world government will be controlled and led by a global leader who will proclaim himself to be God (2 Thessalonians 2:3-4). This person also known as the Antichrist will try to use such tracking abilities to force people to surrender their allegiance to him. Sadly, for those who do, the grim warning of Rev 14:9-11 is clear:

“If anyone worships the beast and his image, and receives [his] mark on his forehead or on his hand, he himself shall also drink of the wine of the wrath of God, which is poured out full strength into the cup of His indignation. He shall be tormented with fire and brimstone in the presence of the holy angels and in the presence of the Lamb.  And the smoke of their torment ascends forever and ever; and they have no rest day or night, who worship the beast and his image, and whoever receives the mark of his name.”

In conclusion, this new data center is by concept designed to make people safe and create security; to give the “good guys” a tactical advantage over the “bad guys”.  Unfortunately, the old saying “absolute power corrupts absolutely” always seems to ring true with humankind.  Many ideas that start with good intentions, usually in the end are corrupted by human and or inhuman ambition.