I recently wrote an article titled The Shade of Sexual Temptation in response to the best seller and hit movie, The Fifty Shades of Grey. Within the article I showed how sexual temptation is just one of many symptoms that are part of the three main temptations that all the world has to offer mankind (1 John 2:16).

The movies draw was not the plot (the movie was trashed by the critics as tedious and boring), it was popular because it contained pornography. (As of the writing of this article, the movie has made over $500 million dollars worldwide). While The Shade of Sexual Temptation focused on the spiritual and moral dangers of pornography through the lust of the eyes (Job 31:1-12) , this article will focus on recent studies of how the brain can actually become damaged by viewing pornography. This consequence can also occur by indulging in any other addictive behavior which can result from succumbing to one or more of the three temptations of the world (1 John 2:16).

In the last few decades, a phenomenon known as neuroplasticity has been discovered. In other words, Scientist have discovered that a brains neuro pathways constantly change based on your experiences and the choices you make.

In essence, the more times you repeat a action, a neuro pathway is created in the brain that widens and will eventually allow you to do the action without even thinking about it. For example, the more you practice learning how to play notes on a guitar, the better you become. At first, placing your fingers on the correct strings and applying the right pressure between the frets to make a pure sound seems ungainly and hard. The more you practice, the easier it becomes and eventually will become second nature as the correct steps are stored away in your brain cells. 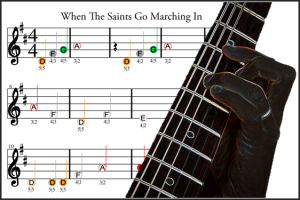 A neuro pathway is created so information sent from the brain to your fingers lets you start placing them in the proper position on a subconscious level. This will allow you to focus on the sheet music and play the notes in the correct tempo. There are two chemicals that help create and solidify these pathways: dopamine and acetylcholine. These neurotransmitters help consolidate the mapping changes you made while practicing. (Dopamine reinforces reward (accomplishment), and acetylcholine helps the brain “tune in” and sharpen memories.) 1

It is all about repetition. Good and bad habits are created this way. While picking your nose is by all accounts a bad habit, it is a social error and at the most will have people skirt around you as they walk by and think twice before shaking your hand!

However, habits that are formed by the pride of life, the lust of the eyes and the lust of the flesh can cause a physiological addiction that can literally damage your brain. No wonder why God warns us not to succumb to these temptations!

These temptations can come through any of or a combination of the five senses of the body (Sight, Smell, Sound, Touch, and Taste) which can lead to addictive behaviors such as narcissistic self-centered pride, overeating, drug use, and especially sexual immorality.

How do addictions form?

It starts with dopamine – which is not bad! God created it and it is a critical part on how the brain functions. Dopamine is called the reward transmitter, because when we accomplish something— run a race and win— our brain triggers its release. Though exhausted, we get a surge of energy, exciting pleasure, and confidence and even raise our hands and run a victory lap. The losers, on the other hand, who get no such dopamine surge, immediately run out of energy, collapse at the finish line, and feel awful about themselves.2 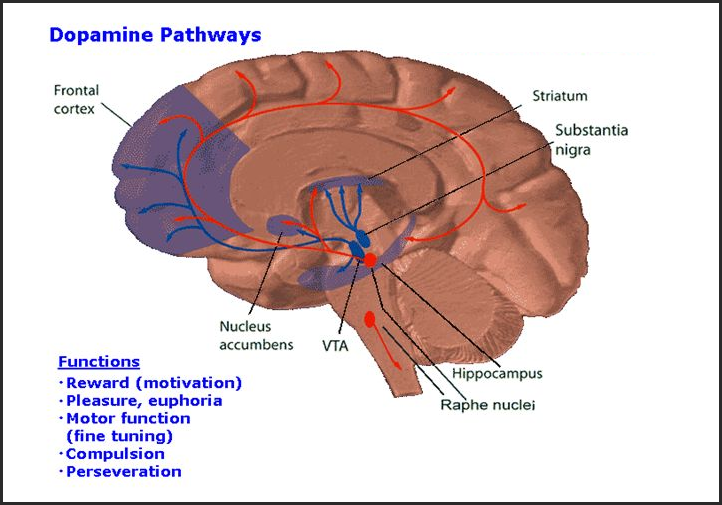 Dopamine is also released into the brain during sexual arousal and activity. Within the covenant of marriage, this was God’s design. Along with another neurotransmitter called Oxytocin, a married couple coming together sexually will create a physiological bonding and in essence become addicted to one another! Within marriage, this is good! Outside of marriage, this is a train wreck waiting to happen. Note that while this article is focusing on how God created these processes of the brain, there is also a spiritual bonding that occurs when two become one flesh. Indeed the marital bonds that exist between the soul and body of a married couple may relate in ways we are not yet aware of.

What happens to the addicted brain? 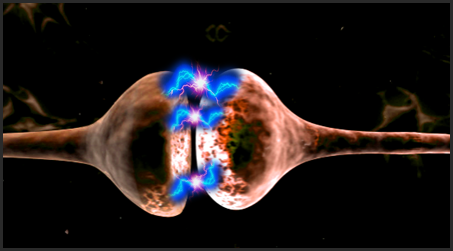 This is the same process that occurs when someone takes illegal drugs such as cocaine. It creates a cyclical bondage of addiction that will eventually destroy your body and soul.

Can your brain actually become damaged by pornography? The answer is yes!

Essentially, ΔFosB’s job is to help you remember to do things that feel good or are important. While dopamine is motivating your brain to do things and rewarding it for doing them, ΔFosB is quietly leaving trail markers in your brain, creating a pathway to help you get back there. When this happens with healthy behaviors, it’s a very good thing. However, as little as one dose of many drugs will also cause ΔFosB to start building up in the brain’s neurons, and of course porn’s powerful dopamine surge causes ΔFosB to build up as well.

For teenagers, the risks of addiction are especially high, since a teen brain’s reward pathway has a response two to four times more powerful than an adult brain—which means teen brains release even higher levels of dopamine. Teen brains also produce higher levels of ΔFosB, leaving them extra vulnerable to addiction.1

Have you been pulled into the addictive world of pornography?

Get addicted to God’s Word! 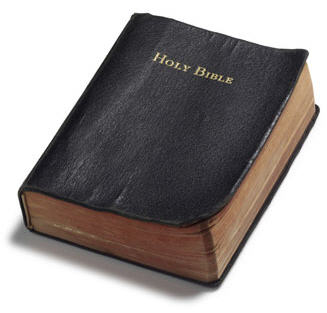 GOOD NEWS! Neuroplasticity is a term that has been created to describe one of the processes God designed into how the brain works. For someone who is addicted to pornography or any other vice that originates out of the lust of the eyes or flesh, the following verse will give you a hope.

Romans 12:2: And do not be conformed to this world, but be transformed by the renewing of your mind, that you may prove what is that good and acceptable and perfect will of God. (NKJV)

The same process that will destroy a person when submitting to the temptation of the world, will help edify and build them up when they continually, habitually read and study the Word of God. The Bible itself says to “Set your mind on the things that are above, not on the things that are upon the earth.” (Colossians 3:2, also see 1 Peter 1:13). Neuropathways will be created that will solidify your mind to center on God and His Purpose in your life. Consider the following passage in Philippians 4:6-8:

Creating a habit of reading and studying God’s Word will also help your transformation out of addiction by creating new neuropathways of habit. But reading Gods Word has a deeper effect than just physically affecting your brain. The Bible is more than a book, it is supernatural in that God’s Will is behind every word that appears in the 66 books that make up the Holy Bible. In fact, John 1:1 states that:

That is why whoever diligently reads the Word and seeks to know who God is will receive a supernatural revelation (Rhema) from Him. (Proverbs 28:5, Matthew 7:7) God will come after the readers and draw them through His Holy Spirt to receive the free gift of salvation through His Son Jesus Christ (Romans 3:23, John 3:16, Romans 10:9-10).

From that point it is a decision of following after Jesus Christ and walking away from the temptations of the world. (1 Thessalonians 4:3-8, 1 Peter 1:15-16)

As you can imagine, kicking an addiction is not for the faint hearted. Dikes (levees) and hedges (Hedgerows) are two visual examples of protection that are relatively small in contrast to the immense forces they hold back. In Holland we see that dikes literally hold back the ocean from flooding the countryside. In medieval times, thick hedges were planted too create a natural impassible barrier to help keep out wild animals and help settlements fend off from attacking forces. 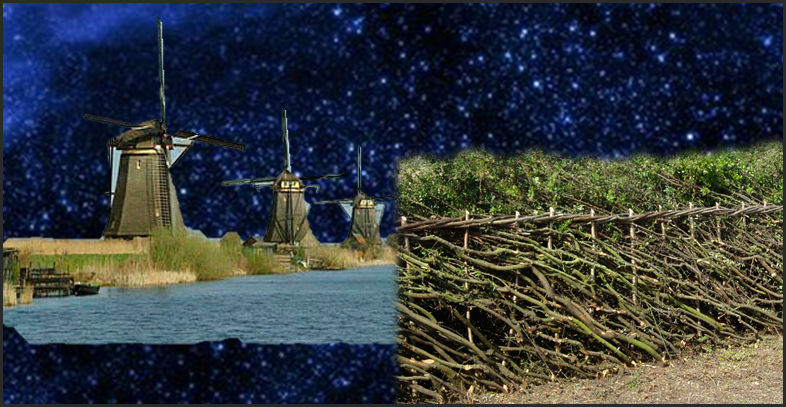 In regards to pornography, here are some steps that can enable you to create a defensive barrier around your life so you can have victory!

Parent Note: Did you know many video game consoles will allow you to access and search the internet? Ensure you set the filters on your game boxes.

Parent Note: The advice not too long ago was to keep the computer in the public area of your house. While still a good idea, with the popularity of laptops and tablets, it is no longer very realistic. And many parents do not realize that a smart phone (iPhone, Android, Win8 phone) is a fully functional computer. Let me put it this way, letting your kid have a smart phone without filtering software is like sending them to an adult bookstore to do their homework… not a good idea.

7. Intercede with Prayer, educate, get involved. Pornography by its very nature is a subject of embarrassment and shame for not only those involved in it but for those that are not. This is one of the big reasons why it continues to grow. It needs to be nipped in the bud. Join or volunteer to help in a pornography recovery program at your church. Covenant eyes has an accountability program that you can use in your church or small group.

There are also secular sites such as http://www.fightthenewdrug.org/ which is dedicated to educating the public about the dangers of pornography and offers a recovery program.

In conclusion, do not give up the good fight! Remember, No temptation has overtaken you except such as is common to man; but God is faithful, who will not allow you to be tempted beyond what you are able, but with the temptation will also make the way of escape, that you may be able to bear it. (1 Corinthians 10:13)

What is wrong with viewing pornography, if I don’t lust after the person?

What does the Bible say about pornography?

What does the Bible say about sex addiction?

Should I tell my spouse about my pornography addiction?

What does it mean to make a covenant with your eyes?