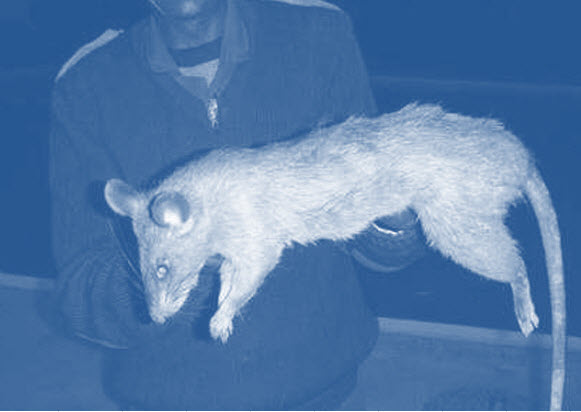 In an article reported by Michael Theodoulou in The National, Tehran is being overrun with mutant rats! While “mutant rats” may sound like an antagonist in a Saturday morning cartoon, in reality, it is serious business in Iran’s capitol city which exterminates over one million rats per year.

And now there is a twist, according to Ismail Kahram, an environmental adviser to the city council states, “They are bigger now and look different. “They seem to have had a genetic mutation,” he told the website Qudsonline.ir last month. He said cats are now smaller than some of Tehran’s rats, which can weigh up to 5kg (over 11 pounds)!

In fact, they are so prevalent that the city of Tehran has employed over ten teams of sharpshooters with infrared sights to cut down on these monstrosities. In recent weeks they have dispatched over two thousand of these hefty rodents.

Does the Word of God have anything that can correlate to this phenomenon? While the ten plagues on Egypt are the most famous where God sent each of the ten plagues to counter the ten false gods of Egypt, there is another documented case within the Bible that documents a time where it appears that rats were used as part of judgment of a people that rose up against His chosen people.

In 1 Samuel 5:1-6:21, the Bible documents the time when the Philistines stole the Ark of Covenant from the God’s chosen people. They brought back the ark and put it in the temple of their god Dagon. The story documents that the statute of Dagon fell over and broke and that the Philistines were afflicted with hemorrhoid tumors {טחורים}. Soon the Philistines realize that they were under the judgment of God Almighty and sent the ark back to the Israelites with five gold tumors and 5 gold rats. This piece of information gives us a clue that part of the affliction may have involved  God’s use of rats. In the pagan practices of the day, it was common to use what was called “sympathetic magic” to counter a curse or plague that befell of people. If the Philistines were indeed using this practice, then the gold rats very well may have been a response to part of the judgment they received. 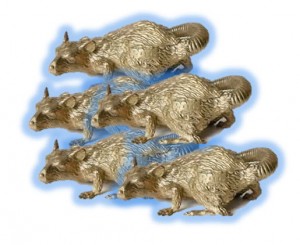 In conclusion, God can use any means in His Creation He deems necessary to turn people away from sin and towards Him. While there are people within Iran that proclaim Jesus Christ as their Savior (May God bless and keep a hedge of protection around you as you proclaim His Truth), the Government has made a stance against the God of the Bible. I would not be surprised that if Tehran turned away from its false god and turned to Jesus Christ as their Savior, the plague of rats would quickly disappear.

If I convert to Christianity, my family will disown me, and I will be persecuted. Should I follow Jesus?

Why should I believe in Christ’s resurrection?

I am a Muslim. Why should I consider becoming a Christian?

How can I, as a Muslim, be assured of paradise?

Can keeping the Five Pillars of Islam assure me of paradise?

What was the meaning and purpose of the ten plagues of Egypt?