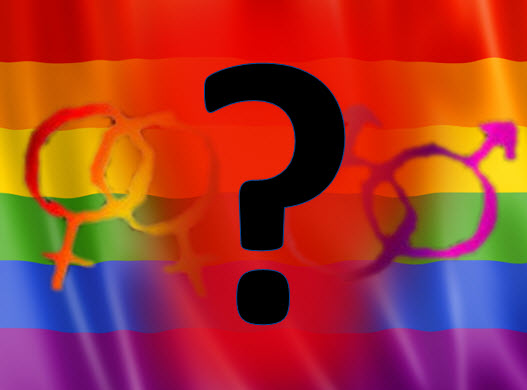 On June 26th, 2015, the Supreme Court of the United States created a law stating that all 50 states of the union must allow same sex marriages. It has been a time of great celebration in the homosexual community and for many Americans who have been taught that homosexual behavior is a trait that is genetically coded into a person. Even some churches are now supporting the decision… so what is the big deal? Why are most Christians so opposed to allowing people to fulfill their sexual passions if it does not hurt anyone?

The answer is simple: Because God said it was wrong! While this may seem simplistic, lets first let’s look at what the Bible says concerning homosexual behavior and then look deeper at why God considers it a sin.

Romans 1:26-27 teaches specifically that people engaged in homosexual activity is a result of denying and disobeying God. When people continue in sin and unbelief, God “gives them over” to even more wicked and depraved sin in order to show them the futility and hopelessness of life apart from God.

What about homosexuals who do believe in God and go to church? Aren’t the passages above just outdated views from intolerant civilizations from the past? No! The sixty six books that make up the canon of the Bible are God inspired and breathed through the Holy Spirt to the authors that wrote the scripture. Unlike other books that make truth claims about God, the Bible is a collection of writings over a period of 1500 years that carry the same thread throughout. No contradictions, archaeologically and scientifically verifiable, supernaturally protected, and completely reliable.

The Bible flows seamlessly like no other book in history. As it is a book that has the Creator of the Universe behind its creation, this should be of no surprise.

Homosexual behavior is just one more example of people succumbing to the three temptations of the world.

These same temptations were present and active that resulted in the first sin. Adam willfully disobeyed God’s “very simple” command not to eat from the tree of the knowledge of good and evil. While Eve was deceived by the serpent, Adam willfully disobeyed God’s command by listening to Eve even though he heard directly from God. He must have figured since she didn’t drop dead at the first bite, why not try it? In both cases, Adam and Eve were tempted by the lust of the eyes, the lust of the flesh (desirable to eat) and the pride of life (power that they would obtain to become like God) and then they acted on their temptation. It was at that moment “sin” entered into the world.

These temptations feed on our mortal nature. Our temporal desires that manifest through our five senses of sight, hearing, smell, taste, and touch. Arguably, you can state that succumbing to one or more of these three temptations is the precursor for all mortal sin that is warned about in the ten commandments. As we see in the verses I first covered, homosexual behavior is clearly outside of God’s design for sex and considered sin.

As for religious leaders who claim that God will condone homosexual behavior, they are either ignorant of scripture or they are wolves in sheep’s clothing who are not submitted to the God of the Bible but rather the god of this world…Satan.

Do not be deceived by the claims of the world, 1 Corinthians 6:9 proclaims that unrepentant homosexual “offenders” will not inherit the kingdom of God.

And to clarify, lest the reader assumes I am picking on homosexuals, homosexual behavior is part of the larger sin of sexual immorality which includes any type of sexual contact outside the covenant of marriage between a man and a woman. So if you are having any sexual activity outside of marriage you are in the same sexual immoral state as a homosexual! You are bound by sin. Sexual immorality is a result of breaking one or more of the Ten Commandments: 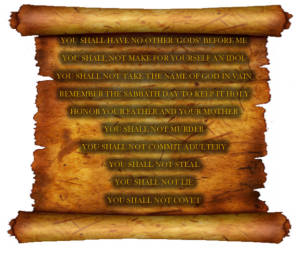 Adultery (having sex with another spouse),

To covet is to desire for what belongs to another. In the case of sexual gratification, the root of it is self-seeking pleasure of your own flesh birthed out of succumbing to the temptation of the lust of the eyes, flesh, and pride (selfish desire) of life. Another person’s body is their own vessel purposed to become a temple of the Holy Spirit if that person accepts Jesus Christ into their heart. It is also a vessel for a possible future spouse if they decide to go into the Biblical marriage covenant between a man and a woman. For you to want to use their flesh not only is self-seeking but can contribute to that persons eternal destruction not to mention your own destruction. Is that really what you want?

No matter how you look at it, acting out on any type of temptation for sexual gratification is self-centered (anti-love), destructive, and sin.

Paul is very clear in his warning in 1 Corinthians 6:9-10: Do you not know that the unrighteous will not inherit the kingdom of God? Do not be deceived. Neither fornicators, nor idolaters, nor adulterers, nor homosexuals, nor sodomites, nor thieves, nor covetous, nor drunkards, nor revilers, nor extortioners will inherit the kingdom of God. Why? Because every sin mentioned above is a result of a person following after the lust of their wicked heart rather than accepting Jesus Christ into their heart and living with a Spirit of sacrificial love as modeled by our Savior.

Newsflash: People are not born Homosexual!

God does not make mistakes. Before you were conceived, He knew how he was going to form you. (Job 31:5, Psalms 139:13) If a baby was born as a boy, it was because that was by God’s design. If a girl, also by His design and purpose.

Can a boy have a slight body build and a soft (or effeminate) voice? Can a girl not be as stereotypically feminine as another (tomboy)? Of course. And that does not mean they are homosexual! God creates each human with unique personality, disposition, talents, and traits. It is each persons choice on whether or not they will follow after God. Let me explain:

In my previous paragraph I mentioned that adultery is considered sexual immoral behavior and is one of the sins that is forbidden in the Ten Commandments. In regards to adultery, Jesus, makes a startling statement about adultery to his disciples at the Sermon on the Mount. He stated in [Mat 5:27-28 NKJV] 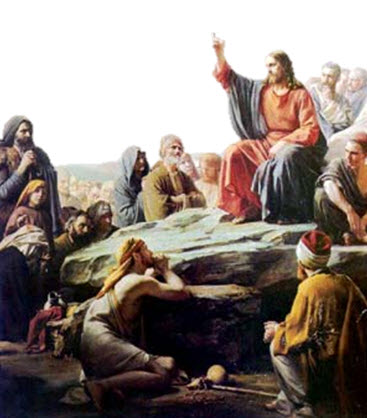 “You have heard that it was said to those of old, ‘You shall not commit adultery.’ “But I say to you that whoever looks at a woman to lust for her has already committed adultery with her in his heart.”

This statement by Jesus (Who is God) who created mankind, gave us some insight to sexual drive. While sexual drive primarily was designed by God for procreation, Jesus knows that mankind can easily be swayed by the three temptations of the world. The lust of the eye’s, the lust of the flesh, and the pride of life. (1 John2:16)

Notice Jesus did not say “since I created mankind with sexual drive, it is not your fault to lust after women in your heart, you were born that way…”

Instead, of excusing the lustful behavior of adultery in the heart, he taught his disciples it is better to pluck out ones eye that causes one to sin rather than lose your whole body in the eternal destruction of hell! In other words, if there is a person, behavior, habit, or enticement of this world that is drawing you away from God, leave it behind. For what good is it to gain the whole world but lose your soul? (Mark 8:36)

Our culture has twisted the definition of what love is. In the realm of homosexuality, some will claim that they love their same sex partner and hence, they should be able to be married. After all, doesn’t the greatest commandment tell us to love one another? If two people of the same sex love each other, shouldn’t they be able to marry?

First let’s talk about the marriage covenant. The concept of marriage itself is God’s institution. That is why people submitted to God’s authorative Word (the Bible) is unwavering on this position. Whenever the Bible mentions marriage, it is between a male and a female. The first mention of marriage, Genesis 2:24, describes it as a man leaving his parents and being united to his wife. In passages that contain instructions regarding marriage, such as 1 Corinthians 7:2-16 and Ephesians 5:23-33, the Bible clearly identifies marriage as being between a man and a woman. Biblically speaking, marriage is the lifetime union of a man and a woman, primarily for the purpose of building a family and providing a stable environment for that family.

Even outside of the realm of the Bible, human civilization and even psychology argues against same sex marriage. In the www.gotquestions.org article “What does the Bible say about gay marriage / same sex marriage?” the study states: The biblical viewpoint of marriage has been the universal understanding of marriage in every human civilization in world history. History argues against gay marriage. Modern secular psychology recognizes that men and women are psychologically and emotionally designed to complement one another. In regard to the family, psychologists contend that a union between a man and woman in which both spouses serve as good gender role models is the best environment in which to raise well-adjusted children. Psychology argues against gay marriage. In nature/physicality, clearly, men and women were designed to “fit” together sexually. With the “natural” purpose of sexual intercourse being procreation, clearly only a sexual relationship between a man and a woman can fulfill this purpose. Nature argues against gay marriage.

The Greek word for love here is ἀγαπάω agapa or agapeo. This is a sacrificial love, not sexual arousal where the Greek word eros is used. As matter of fact, anywhere in the New Testament where the word love is used in context of how we are supposed to love God and treat others, it is always the sacrificial love agape.

How are we to love each other? 1 Corinthians 13:1-13 is known as the love chapter. Highlight over the verse to see how God wants us to love each other. Not a self-gratifying ‘eros’ love but the sacrificial love of charity ‘Agape’. 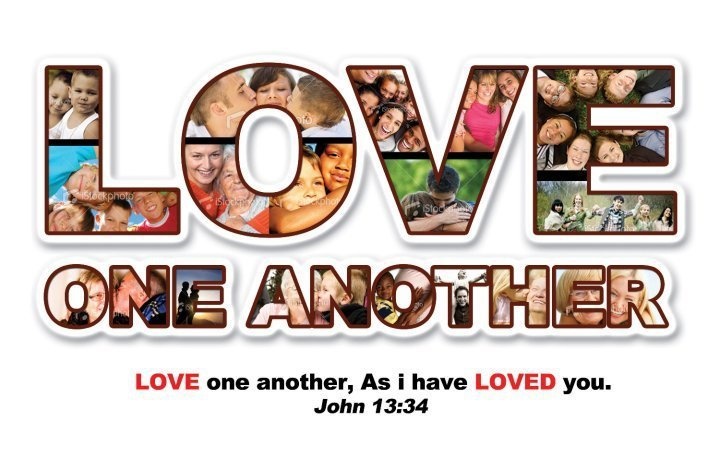 It was agape love that God has for every human ever born. It is because of this love that He sent His only begotten Son, Jesus Christ to be a sacrifice for our sinful nature. For those caught in the bondage of homosexual behavior, God is waiting for you to turn from the lust of the world and seek after lasting joy, peace, and fulfillment that can only be found with a personal relationship with Jesus Christ.

Jesus stands at the door of your heart and knocks, let him in your life today! Want to know more?

Please check out A New Life In Christ!

In conclusion, remember, no temptation (homosexuality or any sexual immorality) has overtaken you except such as is common to man; but God is faithful, who will not allow you to be tempted beyond what you are able, but with the temptation will also make the way of escape, that you may be able to bear it. (1 Corinthians 10:13)

May God bless you as you seek Him out through prayer and study of His Word, the Bible!

One Response to Same Sex Marriage…What Is The Big Deal?