SagacityWeb » Eschatology » More citizens of the UK believe in ET than God?!?

More citizens of the UK believe in ET than God?!? 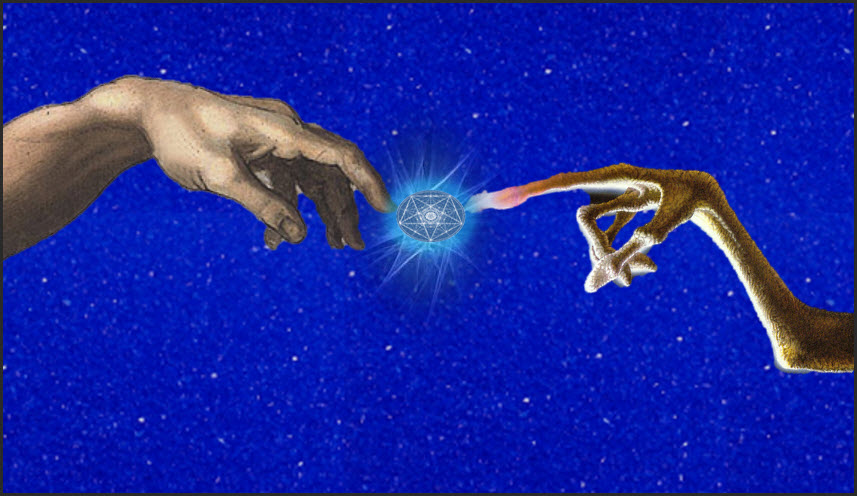 The Huffington Post reported in a recent survey completed in the UK that more people believed in Extraterrestrial life than God! While 52% believe UFO evidence has been covered up because widespread knowledge of their existence would threaten government stability, only 44% of those surveyed believe in God. 20% of those surveyed believe UFO’s have already landed on earth. Even the Catholic Church as reportedly made way for the possibility of extra-terrestrial life and the idea of sharing the Gospel with them! What does this all mean??

As a follower of Christ and a student of the Bible, how should one approach the subjects of the belief in Extra-terrestrial life and UFO’s? And what if anything does this have to do with the end times?

Let us start with a warning from Jesus Christ Himself. In Mathew 24 He states that in the last days there will be false signs and wonders that if it were possible, even the elect would be deceived. We know from scripture that Satan is the master of deception. It is interesting that scripture records that there will be multiple false signs and wonders (plural) from Satan in the last days.

The most popular idea about the Biblical last days is played out in the best seller end time book series “Left Behind”.  The tale starts with the rapture of the Church and the quick rise to power from a charismatic world leader, which is later revealed as the Antichrist. The series follows a band of believers through the tribulation who battles God’s enemy’s until the climax where Christ returns and crushes the enemy and establishes His Reign. In one sense, the tribulation times may happen very similar to how Jenkins and Lahaye wrote the story, especially where they referenced scripture.

That said, as popular as the series was, it seems hard to believe that Christians with even a nominal knowledge of the Bible as well as unbelievers who read the story would be completely ignorant of the concept of the antichrist, mark of the beast, 666, etc. As a matter of fact, Hollywood loves to focus on this subject in horror movies and “science fiction”.

What kind of deception could Satan throw at us that would be so convincing that “if it were possible, even the elect would be deceived”? (Mat 24:24, Mk 13:22)

OK, so what if a mile wide “spaceship” parked itself over your city… how would you react? How could you explain it? Would it shake your faith in God? Would you turn away from God to this new “truth”? Or would you be Biblically anchored and spiritually prepared for such an event?

The purpose of the rest of this article is to help believers be able to give a good Biblical defense to this one possible false sign and wonder. For people who do not know Jesus Christ as their personal savior, this article will help give you some background in ufology that you will not normally hear in “scientific (fiction and academic) circles”.

For those whose knowledge of ufo’s are limited to an old rerun of Lost in Space, I will give a brief history of the rise of the phenomenon that as the start of this article revealed, many have put a complete belief in.

The terms of UFO’s, Extra-terrestrials, little gray aliens, etc. is a relatively recent phenomenon in history. While there have been many unexplained sightings of things through the times, the people of the day would attribute it to some supernatural or spiritual manifestation.

Approximately within the last 120 years however, a new explanation came into being. With evolutionary thought already seeded, H.G. Well 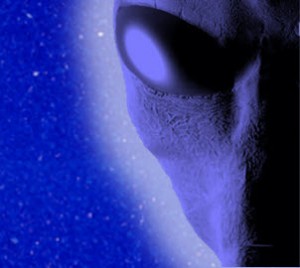 s epic tale War of the Worlds wove a story of not angels and demons, but rather extra-terrestrial beings that existed on our neighboring planet Mars. At the turn of the century in 1900, technology had just started to explode. Wells epic imaginary tale of Martians vs. Earthlings solidified into real fear Halloween night October 30th, 1938. Many Americans were enjoying the relatively new technology of radio when Orson Wells broadcast his live dramatized version of the War of the Worlds. Unfortunately many citizens tuned into the radio after the program started and thought that we were actually being invaded by Martians!

The term UFO itself is rather unambiguous. It simply means unidentified flying object. That said, the term for most, immediately makes them think of a flying saucer or otherworldly spaceship. The first time the term saucer was recorded was on January 25, 1878. The Denison Daily News noted that John Martin, a local farmer, had reported seeing a large, dark, circular object resembling a balloon flying “at wonderful speed.” Martin, according to the newspaper account, said it appeared to be about the size of a saucer, the first known use of the word “saucer” in association with a UFO.

While there was an uptick of unexplained sightings in the early 1900’s and during WWII, the most famous was the Roswell incident where the initial report from RAFF claimed a Flying Saucer crashed on July 8th, 1947 with aliens onboard. The army quickly retracted the story and stated that they only found the remains of a weather balloon. Many though, believe that the army in fact did retrieve a craft and bodies that night and whisked the contents away into the realm of top secret research. Even to this day, conspiracy theorists have claimed that the Government has covered up this incident.

A New Realm of Imagination…

Prolific Science Fiction Authors of the 20th century such as Robert Heinlein and Isaac Asimov started showing us the possibilities of other worlds and intelligent beings other than our human race. After 1947, UFO’s became infamous. Sightings increased, claims of alien abductions started, and the movies, oh the movies, started forming imaginations of aliens and the other worlds they came from into a visual reality.

The start of the deception goes all the way back to the theory of evolution. It was the first seed of doubt that Satan planted that theorized the Bible did not provide an accurate account of the beginnings of mankind, and on a larger scale, left God out of the creation of our universe.

While anyone who objectively applies scientific method and compares the questions, “did life come about randomly” or “was it directed by intelligent design”, the observable evidence from all realms of academic science and established physical laws clearly point to intelligent design. To say otherwise requires a faith greater than what is required to believe in the historically and scientifically sound Word of God. Since this article is not centered on the evolution/creation debate, if you have any question in this area, please email me with any detailed question you may have and I will answer it on this website. I brought this up because it is a necessary step into the next theory of origins that plays into the alien deception…

Francis Crick, one of the co-discoverers of DNA realized that it was impossible to believe that DNA could have evolved based on his knowledge of its structure and the principles of naturalistic evolution.

Since he was a committed atheist, rather than consider the possibility of DNA being the deliberate construction of an intelligent Creator, he looked at the theory of Directed Panspermia which states that life was “seeded” on our planet from somewhere else; particularly from a race of beings with vast intelligence. Odd that a person would go to such lengths to deny the existence of God and the creation story from one of the world’s oldest books (the Bible) and in its place come up with an idea that we came from aliens. Now that takes faith!

That said, science fiction authors and Hollywood loves it. The movies 2001, 2010, Mission to Mars, Stargate, and most recently Prometheus base their theory of origins on Directed 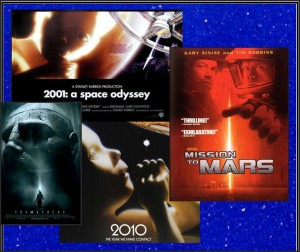 Panspermia. Popular Science fiction TV shows such as the Star Trek series also use this idea of origins. The idea is now almost a cornerstone in the realm of science fiction and through generations of exposure to this theory, it has become accepted by many as a viable theory.

In his book “Nephilim Stargates and Return of the Watchers”, Tom Horn, Christian author states in Chapter 2: “In 1918, infamous occultist Aleister Crowley, attempted to create a dimensional portal between our physical world and the spiritual world using magical working. According to Crowley, the ritual became successful when a presence manifested itself through the rift. He called the being “LAM”  and drew a picture of it. What ties this event together with modern ufology is the fact that picture drawn almost 90 years ago, bears a strong resemblance with the “Alien Greys” of later pop ufo culture.”

Interesting that in the world of the Occult, the enemy chose to put forth an image of a creature that is similar to what has been supposedly seen by people who were “abducted” by ufo’s.

The Hoax with eternal consequences…

Countless millions faith in God have already been derailed from childhood by indoctrination to the theory of evolution. Not only does it directly oppose the Biblical history of creation and create doubt in the Word of God, it became a stepping stone of an entire new belief system that draws mankind to another god to wonder after, fear, and for some worship…extraterrestrial life.

The Bible actually does talk about extraterrestrial life quite often, in fact over 292 different references to these ET’s. They are the angels. While the Bible says that one day, mankind will judge over the angels, these beings have power that exist outside and inside the realm of our known physical laws, hence they are supernatural. It is interesting that “scientist” will readily jump on the alien band wagon and yet not make the correlation that people may actually be seeing angelic activity.

The Bible states that presently, there are angles who serve the Lord God and at one time one third of them rebelled against their Creator and fell from grace (Rev 12:4). Satan himself is a fallen angel and his hatred for mankind is all consuming. He knows Gods Word and he knows his time is short. The Bible says Satan goes around like a roaring lion seeking who he may devour. (1 Pet 5:8) It is very plausible scenario that people not submitted to Jesus Christ are open to real experiences of UFO sightings and even abduction by these fallen angels. It is also very possible for Satan to pull of the “unbelievable” and engineer a deception so great, that it would literally shake the belief system of the world.

If it were possible…

How do you protect yourself from Satan’s deception? Maybe you have already been swayed by the many deceptions of the evil one to lead you down the path to eternal destruction. How can you overcome it?  Let’s look back at (Mat 24:24, Mk 13:22) “if it were possible, even the elect would be deceived”. In other words, the elect cannot be deceived. Who are the elect? The elect are those who have given their lives to God’s One and only Son, Jesus Christ and accepted Him as their Lord and Savior. (John 3:16, Rom 10:9-10, Rom 6:23) Once you are under His protection, you will be supernaturally protected by God Almighty. And then study and pray daily and pray daily and study… Once you really start studying God’s Word and seeking after Him through prayer, the facade of deceptive mirrors that Satan has erected around your life will shatter and fall away.

Why should we read the Bible / study the Bible?

“Did one third of the angels fall with Lucifer?”

“Are there such things as aliens or UFOs?”

“NASA…Just what part of Origins Research don’t you understand?”

“Could an alien deception be part of the end times?”

“Who / what were the Nephilim?”

Questions about Angels and Demons