Is War in Middle East Imminent?

Earlier this year, we saw a massive buildup of Russian naval power in the Syrian waters. As we near the end of September, all but one of Russia’s ships have pulled away from the Syrian port of Tartus. Is this the end of a naval exercise or are the Russians expecting something is about to happen? 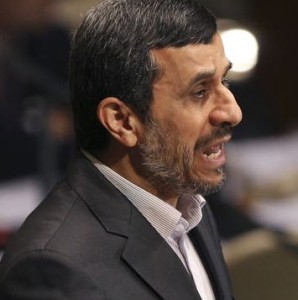 Iranian President Ahmadinejad just spoke at the U.N. this week spewing out a diatribe of apocalyptic rhetoric claiming the Shiite Islamic messiah, (the 12th Imam) named Imam al-Mahdi is about to return with Jesus Christ and the righteous. While this of course is totally non-Biblical on how Jesus Christ will return (what does the Bible say about Jesus’ return?), it is interesting that in Islamic Shiite eschatology the return of this Imam is supposed to be accompanied by war. Do Ahmadinejad’s comments give us a glimpse of what he himself is preparing for?

The Arab spring has gone up in flames in the Middle East as the Muslim Brotherhood spreads its grasp through the countries of Arabia and North Africa. Is Saudi Arabia next?

If the Muslim Brotherhood takes control of Saudi Arabia and gains control of the oil fields, will the world powers who submit themselves to the god of mammon (money), see that the oil fields of the Middle East are being controlled by a radical Islamic caliphate? Will they decide to unite as a world power to save the oil life blood of our modern society?

This interesting hypothesis surrounding the Middle East is discussed in depth in a Prophecy in the News interview with Avi Lipkin who is an outspoken author of the book “Return to Mecca”. This author lays out quite a different ending to the Iranian-Syrian-Hezbollah-Hamas-Israeli provocation.

The Prophecy in the News video interview titled “Middle East Update with Avi Lipkin” lays out this possible scenario of the near future. Avi also explains that the events that are unfolding could shape how President Barak Obama could win the next Presidential elections!

Remember as we consider these opinions and views, the Bible is God’s Standard of Truth. We are living in the times that Jesus spoke about in Matthew 24. No matter what world leaders, the media, or even church leaders claim, no matter how charismatic, charming, and influential they might be, if what they teach does not line up with the 66 books that make up the Word of God, reject it. May God bless you as you seek after Him in His Word! 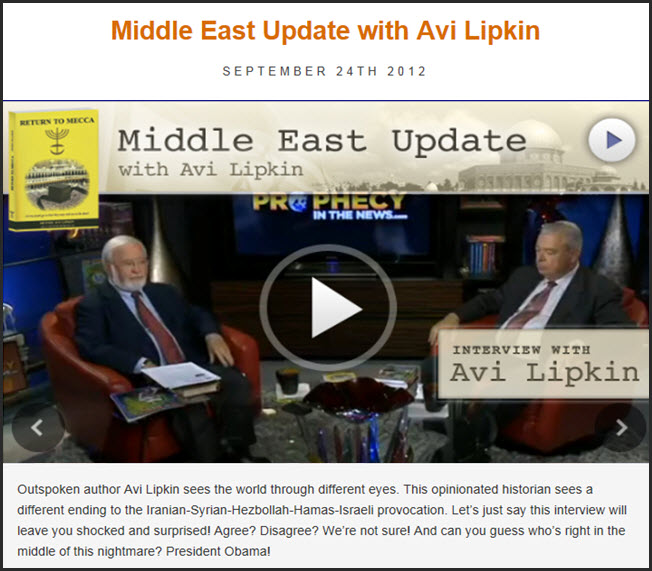