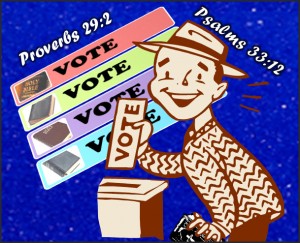 Originally posted in 2014. Just as relevant today as we approach the Presidential vote.

The United States is literally coming apart at the seams as the Biblical standard of right and wrong, the Constitution, and Bill of Rights have been spit on and run over by the train of Progressive Liberalism and the LGBT (Lesbian, Gay, Transsexual, Bisexual) agenda.

Why is this happening?

The United States is a Government that is of the people, by the people, and for the people… we have let it happen and brought judgment upon ourselves as a nation.

What started out as a nation submitted to God and His Precepts has now been reduced through Christian apathy and fear to a nation that is now experiencing Gods judgment. Aside from a godless government; radical Islam is on the rise not only in the Middle East but infiltrating the cities of our land. And now, we are on the precipice of a possible Ebola epidemic, one of the deadliest viruses known to mankind spreading across our country and possibly the world that could kill millions if not put under control.

Yes, this is a hard word, but why should we be surprised? Over and over again God has showed us an example of His justice through how he dealt with disobedience with His chosen people, the Jews. Over and over again He promised blessings and protection if Israel would follow after Him and His commandments. If they chose not to follow after God, he would bring judgment on their people and land.

In the book of Jeremiah, there is a warning that God gave the prophet about the disobedience of Israel concerning obeying the commandment of keeping the Sabbath day Holy. It was an instruction of blessing if they followed after God’s commands but also a warning of destruction if the people stayed stubborn and turned away from God. In Jeremiah 18:1-11 God gives gave Jeremiah an object lesson about the Potter and the Clay:

The word which came to Jeremiah from the LORD, saying: “Arise and go down to the potter’s house, and there I will cause you to hear My words.” Then I went down to the potter’s house, and there he was, making something at the wheel. And the vessel that he made of clay was marred in the hand of the potter; so he made it again into another vessel, as it seemed good to the potter to make. Then the word of the LORD came to me, saying: “O house of Israel, can I not do with you as this potter?” says the LORD. “Look, as the clay is in the potter’s hand, so are you in My hand, O house of Israel! The instant I speak concerning a nation and concerning a kingdom, to pluck up, to pull down, and to destroy it, if that nation against whom I have spoken turns from its evil, I will relent of the disaster that I thought to bring upon it. And the instant I speak concerning a nation and concerning a kingdom, to build and to plant it, if it does evil in My sight so that it does not obey My voice, then I will relent concerning the good with which I said I would benefit it. “Now therefore, speak to the men of Judah and to the inhabitants of Jerusalem, saying, ‘Thus says the LORD: “Behold, I am fashioning a disaster and devising a plan against you. Return now everyone from his evil way, and make your ways and your doings good.” ’ ” 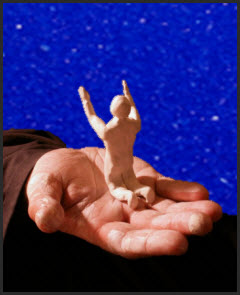 This illustration gives a glimpse of God’s perfect justice and grace. If we repent as a nation and turn back to Him, we will once again be under His protection and blessing, even in these last days. If we continue on our current path, there is no guarantee that the United States will even exist by the time the rapture occurs and may be destroyed prior to the tribulation.

What can we do?

Quit huddling in the pews and stand up for God and His Word the Bible through deed and action!

Voting? What does that have to do with being a good Christian steward of our country? In the GotQuestons.com article “Does God expect Christians to Vote?”, a portion of the article states:

“In terms of politics and leadership, there is evidence in Scripture that God has been displeased with our choices of leadership at times (Hosea 8:4). The evidence of sin’s grip on this world is everywhere. Much of the suffering on earth is because of godless leadership (Proverbs 28:12). Scripture gives Christians instructions to obey legitimate authority unless it contradicts the Lord’s commands (Acts 5:27-29; Romans 13:1-7). As born-again believers, we ought to strive to choose leaders who will be themselves led by our Creator (1 Samuel 12:13-25). Candidates or proposals that violate the Bible’s commands for life, family, marriage, or faith should never be supported (Proverbs 14:34). Christians should vote as led through prayer and study of both God’s Word and the realities of the choices on the ballot.” 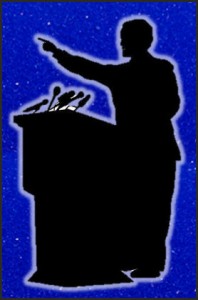 While historically a politician who espouses the moral standards and teachings of the Bible usually would be considered a conservative and run on the Republican ticket, unfortunately a political parties name does not guarantee the candidates character will match up with such standards. All too many times a politician with weak character will start with a solid campaign but once in office, gets taken into the machine of politics. Swayed by peer pressure, power and greed, many politicians will compromise their standards and become ineffectual defenders of God and the constitution. Thier priorities are often reduced to a focus on how they can get reelected or rise to a higher position of political power.

While not a perfect guarantee, if a candidate can quickly answer the previous four questions and their historical record matches up with their claims, there is a good chance that the person is a servant of God and will be a good public servant for the office they are seeking to hold.

The local candidates and offices matter!

While literally millions of dollars are invested by political parties for advertisements for governors, congressmen, senators, and the office of president, little attention is given to local voted positions such as the state legislators, state senators, town mayor, sheriff, school board, ordinances and or state propositions.

These local offices are just as important (maybe even more so) than the national offices. Why? The people who are elected to those positions have great influence on your neighborhood, your children’s schools, and your state.

How do you start your research? www.christianvoterguide.com provides information for every state in the nation. This will be a good starting point. Feel free to call the candidates campaign office and ask the four questions above.

Pray about your choice and be sure to vote. Encourage you Christian friends to do the same. May God bless you this voting season has you seek Him through prayer and His Word, the Bible!

Should a Christian run for political office?

Should a Christian be a Republican or a Democrat?

Does God expect Christians to vote?

What does the Bible say about political correctness? Should a Christian be politically correct?

Should a Christian be patriotic?

How should a Christian view politics?

Is the United States a Christian nation?

One Response to Americas Blessing or Judgment…Your Choice. Vote!!!