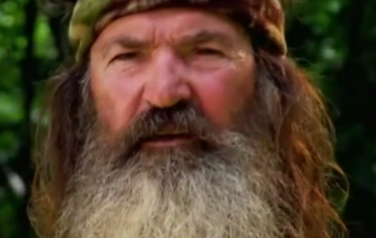 Recently, Phil Robertson of Duck Dynasty made some controversial statements about homosexuality during an interview with GQ magazine which resulted in A&E suspending him from the show and exposing their self-proclaimed championship of the Lesbian, Gay, Bisexual, and Transgender community.

The gay and lesbian rights group GLAAD was quick to criticize Robertson for his comments and called on A&E to take action. “Phil and his family claim to be Christian, but Phil’s lies about an entire community fly in the face of what true Christians believe,” said GLAAD rep Wilson Cruz. 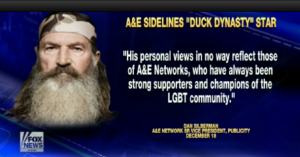 In two excerpts from the GQ interview, Robertson stated the following:

“Everything is blurred on what’s right and what’s wrong… Sin becomes fine,” he said. “Start with homosexual behavior and just morph out from there. Bestiality, sleeping around with this woman and that woman and that woman and those men.” He also added: “Don’t be deceived. Neither the adulterers, the idolaters, the male prostitutes, the homosexual offenders, the greedy, the drunkards, the slanderers, the swindlers—they won’t inherit the kingdom of God. Don’t deceive yourself. It’s not right.”

So in fact, we see that Robertson’s paraphrase was directly in reference to 1 Cr 6:9-10 which states: [NKJV] Do you not know that the unrighteous will not inherit the kingdom of God? Do not be deceived. Neither fornicators, nor idolaters, nor adulterers, nor homosexuals, nor sodomites, nor thieves, nor covetous, nor drunkards, nor revilers, nor extortioners will inherit the kingdom of God.

From this example alone we see that Mr. Wilson (and many other media contributors) either does not have a true understanding of what a Christian believes or he was knowingly making a deceptive statement. Only God knows his motive and reason behind what he said. That said, unfortunately many people are easily confused about this subject because they do not take time to research what God’s Word says about this lifestyle.

What the Bible Says:

God’s view of homosexual behavior is actually well documented throughout the Bible. Aside from the homosexual behavior tying directly into the judgment of Sodom and Gomorrah (the origin of the word sodomy and sodomites) Genesis 19:1-13, it is detailed in the Mosaic law Leviticus 18:22; 20:13 as well as the New testament Romans 1:26-27; 1 Corinthians 6:9-10.

In short, sexual immorality is a battle we must all face on various fronts. If any man doubts this, consider what Jesus taught in [Mat 5:27-28 NKJV] where He said: “You have heard that it was said to those of old, ‘You shall not commit adultery.’ But I say to you that whoever looks at a woman to lust for her has already committed adultery with her in his heart.”

In this statement Jesus nails each of us and exposes the sinful nature that is within us all. I bring this up for any of those who are quick to condemn and judge those caught in the soul destroying snare of homosexuality. Remember, Jesus admonishment to the group of people ready to stone the woman caught in adultery. He looked at the group and told the one who was without sin to cast the first stone. Filled with the realization of their sinful nature, they all dropped their stones and walked off. When Jesus asked the woman where her accusers were and if there was anyone left to condemn her, she replied “No one, Lord”. And Jesus said “Neither I condemn you, go and sin no more” (John 8:3-11)

This is an important lesson modeled by Jesus on how to approach people who are trapped in any sin including homosexuality. Do not condemn or judge the person but rather, with love, focus on the sin itself and encourage the person to turn from it and learn to find true fulfillment, joy, and happiness through the salvation through Jesus Christ.

And be prepared for persecution as Phil Robertson is currently experiencing. While his delivery may have been a bit raw for some, his stand on this issue was Biblically correct albeit not Politically correct. This is a lesson for Christians everywhere. With love and humility, do not be ashamed to boldly proclaim the Word of God without fear of reprisal from the wisdom of the world (1 Cor 3:19). It is what makes us Salt and Light (Mat 5:13-16) and doers of the Great Commission (Mat 28:18-20).

If you are a homosexual

If your are a homosexual I hope by what I have stated above that you realize that people submitted to Jesus Christ and His Word the Bible, do not hate you. Rather the opposite. I also know that there is information out there that either states that the Bible accepts homosexuality or it is a scientific fact that you can be born homosexual. These are both deceptions of the enemy (Satan) and both easy to show as false. In order for you to have confidence in what I am saying, you will need to do some research for yourself. I have provided many links below to information that will answer these questions. Start by clicking on the graphic below. May God bless you as you seek Him out through His Word and His Son Jesus Christ!

If you want to know more on how to accept Jesus Christ as your personal savior, click here How can I be saved? 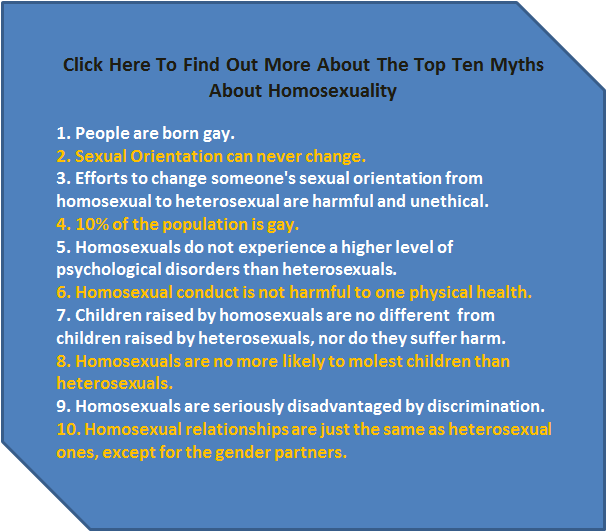 What does the Bible say about homosexuality? Is homosexuality a sin?
Can a person be born gay?
What is conversion/reparative therapy and is it biblical?
Should a Christian attend the wedding of a gay couple?
Why are Christians homophobic?
Romans 1 and Homosexuality
Was the word “homosexuality” wrongly interpreted?
Is it possible to be a gay Christian?

View debate on FoxNews between GLADD and FRC 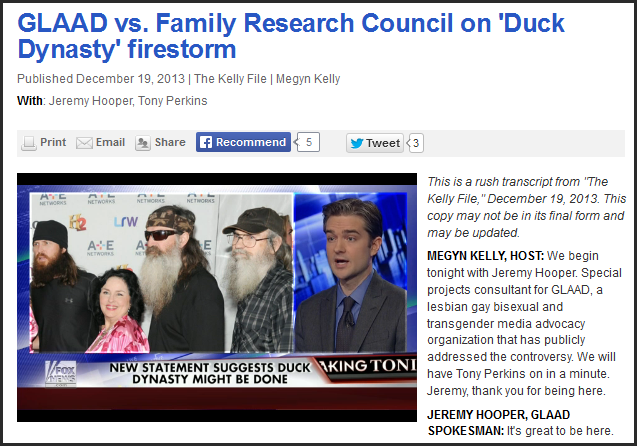