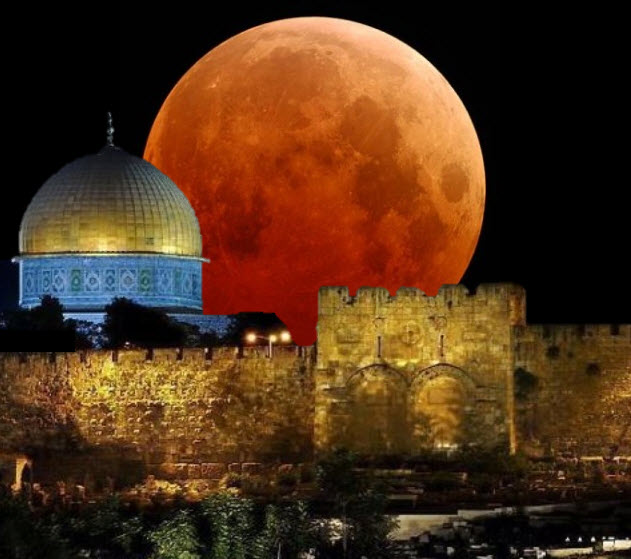 I believe that the imminent return of Jesus for His church is at hand.  I believe the imminent return of Jesus for His church will happen within the next 18 months!  I have never made a prediction like this before, but after watching the events unfold here on earth as they have been, I feel compelled to write you about these things which we clearly see coming unto the world.   I am aware of Scripture that says “no man knows the day or the hour.”  However, it doesn’t say anything about knowing the time within a one or two year period.  He gave us definite signs for a reason so that, as Paul wrote: “You brethren, are not ignorant so that day should overtake you as a thief.” (I Thess. 5:4), well folks I believe “that day” is at hand.

I know that I am going out on a limb here, and I have nothing to be proud of, if I’m wrong then I’m wrong, it’s that simple.  I have been a good “steward” of God’s word and I am passing on to you what I think He has shown me, that is my responsibility isn’t it?

The first clue that came to me about the imminent return of Jesus came with the revelation of one of the most revered Rabbi’s in all Israel.  Yitzahk Kaduri, who at the age of 96 prophesied: “Great tragedies on the world are coming.”  Scripture tells us we can know a prophet of God if the things he prophecies comes to pass.  So I did a little searching to see how accurate the good rabbi’s prophecy was and this is what I found: 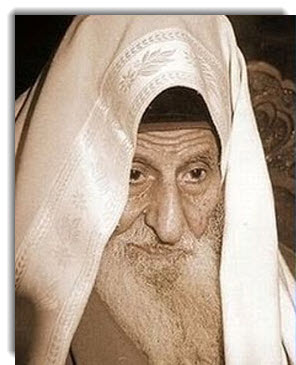 Rabbi Kaduri made the above prophecy on December 12, 2004, twelve days later on December 24, 2004 the great Indonesian tsunami happened killing more than 150,000 people.

In July 2010 an earthquake in Haiti killed an estimated 220,000 people with many thousands more succumbing to drinking contaminated water.

In 2011 an earthquake off the Pacific coast of Tōhoku, Japan triggered another tsunami that swept ashore killing more than 15,000 people.

Jesus Himself said there would be “signs” that would signal His return to earth for His church.  In Luke 21:25 He said: “There will be signs in the sun, in the moon, and in the stars; and on the earth distress of nations, with perplexity, the sea and the waves roaring….”

Rabbi Kaduri passed away on January 28th, 2006.  Just prior to his passing, according to Kaduri, he was visited by the Messiah who revealed Himself in a vision and told him that He was returning to earth “shortly after the death of Ariel Sharon.”  Sharon was Prime Minister of Israel at that time and approximately eight years after the passing of Kaduri, Ariel Sharon died on   January11, 2014.

I have no idea who Kaduri, being a devout Jew, thought the Messiah was until the revelation on his death bed.  The Messiah appeared to Kaduri and revealed to him His name which Kaduri wrote down on a small piece of paper.  The Messiah’s name—yehoshua!  Yehoshua is the Hebrew name for Jesus Christ.  This is an astounding admission coming from a 106 year old Rabi, steeped in the traditions of Old Testament Jewish law.  A religion which has absolutely rejected anything to do with Jesus as far as Him being anything other than a man who, according to the Jews was a rebel and a blasphemer.

Indeed, it was this same Jewish culture that put Yehoshua to death on a cross and defiantly chanted as they did: “Let His blood be on us and all our children.” Matthew 27:25

A blood moon or tetrad (meaning four) is a sequence of four full lunar eclipse’s that take place within a space of 18 months.  It is called a blood moon because as earth’s shadow moves across the face of the moon and the suns light passing through our atmosphere tends to give the moon a reddish glow.  The more polluted our atmosphere is at the time; the redder the moon will appear.  Interestingly enough, a blood moon (tetrad) has only happened three times in recorded history.  The first blood moon occurred in 1493-1494, it was during this period of time that the Jewish inquisition took place.  The next blood moon happened five hundred years later, during 1949 and 1950.  It was during this period that the state of Israel was recognized by the UN as a legal country and so, in one day, the nation of Israel was born (May 15, 1948) thus fulfilling Isaiah 66:8:  “Who has heard such a thing?  Who has seen such things? Shall the earth be made to give birth in one day?  Or shall a nation be born at once”

On the very next month (June 1948) seven Arab nations invaded Israel with hundreds of thousands of troops, tanks and aircraft.  A fledgling nation with no organized military and no air force at the time should have been immediately crushed.  Obviously God intervened on behalf of Israel and miraculously the fledgling Jewish state claimed final victory in July 1949.

On a news release about the impending invasion of Israel by the surrounding Arab states, President Abdur Rahman Aref of Iraq stated: “The existence of Israel is an error which must be rectified.  This is our opportunity to wipe out the ignominy which has been with us since 1948.  Our goal is clear—to wipe Israel off the map.”  Rightly did king David prophecy of this moment when he wrote: “They have said, ‘Come, and let us cut them off from being a nation, that the name of Israel be remembered no more.” Psalm 83:4.

It was during this war that Israel was able to take all of Jerusalem, its holy city.  They also gained possession of the West Bank, Golan Heights, Sinai Peninsula and the Gaza Strip and they accomplished all this in “six days.”

How was this even possible?  The answer should be clear to the nations of the world.  God vowed that He would gather His people out of the nations where they had been driven and bring them back to their homeland and no power on earth will ever drive them out again!  Ezekiel 36:9 & 10.

The fourth sequences of blood moons in recorded history will occur this year and next year….all on Jewish holidays.  The first blood moon will occur on April 15, 2014 or “Passover”!  The next one happens this fall on October 8th, 2014 or “Sukkot” (The Feast of Tabernacles)!

But wait a minute, there is one more event that happens in between these four blood moons.  There will also be a full solar eclipse on March 20, 2015 or the Jewish holiday of Rosh Chodesh or Mo’ed meaning: “an appointed time.”  Could this be the “appointed time” (Ezekiel 38:10) when Russia and her Muslim allies invade Israel as prophesied by chapters 38 and 39 in the book of Ezekiel?

In Acts 2:19 & 20 Jesus said: “I will show wonders in heaven above and signs in the earth beneath: Blood and fire and vapor of smoke.  The sun shall be turned into darkness, and the moon into blood, before the coming of the great and awesome day of the Lord.”

In Luke 21:25, Jesus also said:” there will be signs in the sun….”  One of these signs, I believe is that according to NASA “the sun could flip its polarity any day now!”  Indeed, within the last several years magnetic spectrographs of the sun show its magnetic field as becoming more and more “restless,” and will continue to be so until it flips in polarity.  The negative pole which is now at the bottom of the sun will soon flip and be at the top, whereas the positive pole (presently at the top) will move to the bottom.  While this in itself is not an unusual process since it happens every eleven years, I believe this event is just one more “sign” that planet earth is about to change—forever!   Keep in mind, there will be no more tetrads this centaury.  ARE YOU READY?

Scripture describes the rapture this way: “For the Lord Himself will descend from heaven with a shout, with the voice of an archangel and with the trumpet of God.  And the dead in Christ will rise first.  Then we who are alive and remain shall be caught up together with them in the clouds to meet the Lord in the air.  And thus we shall always be with the Lord.”

Again, Jesus warned His people of this period of time when He said: “But take heed to yourselves, lest your hearts be weighed down with carousing, drunkenness, and cares of this life, and that day come on you unexpectedly.  For it will come as a snare on all those who dwell on the face of the whole earth.  Watch therefore, and pray always that you may be counted worthy to escape all these things that will come to pass, and to stand before the Son of Man.”  Luke 21:34 – 36.

Isaiah, the Old Testament prophet also foretold of this moment: “Your dead shall live; together with my dead body they shall arise.  Awake and sing, you who dwell in dust; for your dew is like the dew of herbs, and the earth shall cast out the dead.  Come My people, enter your chambers, and shut the door behind you; hide yourself, as it were, for a little moment, until the indignation is past.”  Isaiah 26:19, 20

“The indignation” spoken of here is the tribulation that will take place shortly after the church is removed from the earth.  Russia and her Muslim allies will invade Israel triggering the Third World War.  This war was prophesied by Ezekiel the prophet and is called “The Magog War.”  America will not escape unscathed in this war and her punishment for rejecting the God that made her great will be severe, indeed Scripture declares: “To whom much is given, much will be required.”

Billy Graham once said “if God doesn’t judge America, He will have to apologize to Sodom and Gomorrah.”  God who is a just God will see to it and those who are left behind will no longer shake their fists at God, flaunting their immoral lifestyles as if they were taunting Him to do something about it.  Friends, the world is about to be changed forever!