SagacityWeb » Sagacity News » The Martin_Zimmerman Tragedy and the Art of Deception

The Martin_Zimmerman Tragedy and the Art of Deception 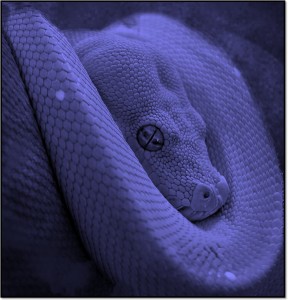 This article was originally posted on 4/10/2012. Now that the Zimmerman trial is over almost 15 months later, the premises of this article still stands. There are those who will do or say anything in order to use a tragic situation for their own special interest. How should people of all ethnicities react when confronted with invitations from the divisive to assume, to judge, to pay back, to destroy? How is this deception related to the same methods the serpent used in the garden against Eve? Read on.

On February 26th at 7:11pm George Zimmerman was on the phone with 911 to report suspicious activity in his neighborhood watch area. What happened in the next 10 minutes is still under investigation but what we do know is that a young man named Trayvon Martin was killed. Whether Mr. Zimmerman acted in proper self defense or if he acted on nefarious intent, the end result is the same. One person has been sent into eternity and the other will remember and be changed by this time of bloodshed the rest of his life. My prayers go out to the two families who are suffering from the grief, stress, and loss of life that occurred from this tragedy. May they receive comfort and rest, and restoration through our Lord and Savior Jesus Christ during this time.

The subject of this article is not about this tragic night, but rather the travesty of what is happening from people and organizations who have used this incident to propagate their mission of hate and or radical agendas to try to manipulate societal people groups to act out of fear instead of intellectual reason. This is nothing new. Ambitious people throughout history have used disinformation to manipulate the populations of neighborhoods, governments, and people groups. (I say people groups rather than “race” because species differentiation that brought forth the different human “races” is a construct of the scientifically flawed theory of evolution, not of Biblical creation. Recent findings from the Genome Project have confirmed that all humans have virtually the same genetic makeup which would sync with the Biblical account of all humans originating from a common ancestor (Noah) but that is a different subject).

I remember when I was younger I happened across a news program on PBS that showed an English translated version of the Soviet evening news. At first I thought it was humorous that anyone would take seriously what the state run news agency of the USSR was saying about world affairs and the United States. 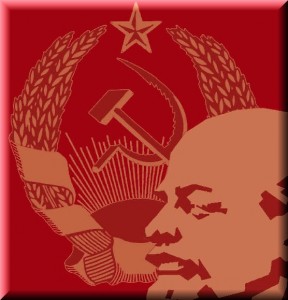 My humor faded and turned to sadness when I realized that for many in the Soviet Union, the state run news agency was their only source of information about the outside world. In effect, the Soviet government could communicate anything it wanted to its citizens and that news became their reality. Remember, not too many years ago, the public internet, cell phones, and Satellite TV did not exist. The flow of communication was limited and was easily controlled, not only in the Soviet Union, but throughout all news sources across the planet including the U.S.

In contrast, our world today is almost the opposite. There are so many sources of information available to citizens of open governments, that a person might not know where to start looking. And yet, disinformation is alive and well. Where the truth was easily covered by a single communication source in the past, now the method of hiding truth is to bury it under a mass of unrelated shallow news or to use a portion of the truth of a news report and then add deception to it to twist the story to highlight whatever propaganda the news report is trying to convey.

The Trayvon Martin shooting gave a prime example of how politicians, racial activist, gun control activist, and the media swarmed at the opportunity to use this event to defend or spotlight their cause. NBC News gave us a crystal clear example of how the media can spin lies to the public which in this case it appears they wanted to stoke the fires of racial fear and hatred between people of different ethnic backgrounds. 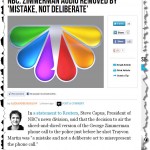 In a recent www.breitbart.com news article titled: NBC: Zimmerman Audio Removed by ‘Mistake, Not Deliberate’ , Breitbarts Alexander Marlow states that in a statement to Reuters, Steve Capus, President of NBC’s news division, said that the decision to air the sliced-and-diced version of the George Zimmerman phone call to the police just before he shot Trayvon Martin was “a mistake and not a deliberate act to misrepresent the phone call.”

Having just the right words removed to completely change the context of what happened is not a coincidence, Marlow stated: “ For the President of the NBC News team to suggest that this edit was anything but deliberate is arrogant beyond belief, but it comes as no surprise in light of the way NBC has handled Editgate thus far.”

The article continued stating that not only was the deceptive edit aired on NBC News as well as the TODAY show, the following appeared in print under the “msnbc.com staff and NBC News” byline two weeks ago:

“This guy looks like he’s up to no good… he looks black,” Zimmerman told a police dispatcher from his car. His father has said that Zimmerman is Hispanic, grew up in a multiracial family, and is not racist.

Here is the actual transcript of the Zimmerman phone call: 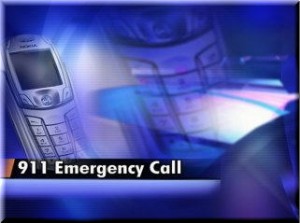 ZIMMERMAN: This guy looks like he’s up to no good, [begin NBC ellipsis] or he’s on drugs or something. It’s raining and he’s just walking around, looking about.

911 DISPATCHER: Okay, is this guy, is he white, black, or Hispanic? [end NBC ellipsis]

Why would NBC do this? Did we just see a glimpse of the media actually trying to propagate racial hatred? What could be gained from such a ploy? A cycle of violence that can be dished out again and again to keep people glued to the set? Or are they part of a larger conspiratorial plot to create societal unrest that would drive people to be willing to give up their rights in exchange for more state protection? I will not focus on speculation, rather let’s look at the root of the problem.

According to the Bible, around 6000 years ago ,a creature known as the serpent convinced Eve, that  if she would eat the fruit from the tree of the knowledge of good and evil, that she would not die, her eyes would be open and she would be like God, knowing good and evil! (Gen 3:4-5). Wow, what a headline that would have made! The serpent did not outright lie, rather he twisted the truth so the outcome would fulfill his agenda (to bring death to the human race). It was true that Eve would gain the knowledge of good and evil (at least the evil. She already had knowledge of good from God). The outright lie was that she would not die. God told Adam in Genesis 2:17 that “he would surely die” if he ate of the fruit. The other deception occurred when the serpent told Eve she would be like God if she ate the fruit. According to Genesis 1:27, mankind was already like God being created in His image. Well we know the rest of the story; Eve did eat and then told Adam that the fruit was good so he ate also (Gen 3:6). Where Eve was deceived by the serpent, Adam willfully disobeyed because he knew directly from God that he should not have eaten the fruit. Hence, death entered the world through Adams rebellion to God and the control of the world was ceded to the serpent which John 12:31 now titles, “the ruler of this world”. Rather than listening to God, mankind made the mistake of listening to a creature John 8:44 calls the father of lies.

The Bible says that there are three main sources of temptation that every human experiences. The lust of the flesh, the lust of the eyes, and the pride of life (1 John 2:16). If a person, organization, or government is not submitted to the Word of God, these temptations will twist their view of right and wrong, and at a deeper level, they are open to the influence of the enemy of God.

The father of lies, the serpent, Satan. He is a fallen angelic life form that hates all humanity and wants it destroyed. His core nature is one of deception and it is his most powerful weapon. That said, ensure you know Jesus Christ as your Savior and “be sober, be vigilant; because your adversary the devil walks about like a roaring lion, seeking whom he may devour.” (1 Peter 5:8)

While tragic to those involved, the Martin-Zimmerman story is just a glimpse of the result of sin that happens every minute throughout the world 24/7. It is also an example of how different groups not submitted to the Biblical precepts of right and wrong; spread their own and or Satan’s agenda through deceptive practices. Beware of all such deceptions. Be sagacious! Be diligent to compare the motives of all who claim truth. Do their motives show or promote the destructive fruit of the flesh listed in Galatians 5:19-21 or do they show the Fruits of the Spirit listed in Galatians 5:22-23? When bombarded daily by the opinions of men, ensure that you have the Word of God close by as means to filter out deception from truth.