The Hook in Russia’s Jaw Tenses

On 1/15/12, Israel’s National News Arutz Sheva reported that Russia has warned Israel and the West that an attack on Tehran would be considered an attack on Moscow. This warning is significant as Russia in effect is warning that World War III could become a reality if Iran is attacked by either Israel or the Western Nations. 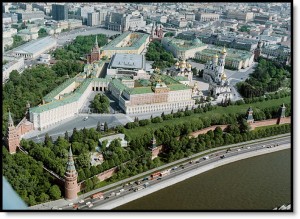 Tensions rise as a massive navy buildup is currently underway in the Mediterranean, Persian Gulf, and Arabian Sea. Debkafile’s military sources report that a third U.S. aircraft carrier and strike group, the USS Abraham Lincoln, is on its way to the Persian Gulf. The British Destroyer HMS Daring as well as the French aircraft carrier Charles de Gaulle is also in the region.  Debkafile also reports that the Russian aircraft carrier Admiral Kuznetsov, with its task force, docked in the Syrian port of Tartous on Sunday. In response, France has deployed the French air defense destroyer Forbin to the waters off of Tartous. 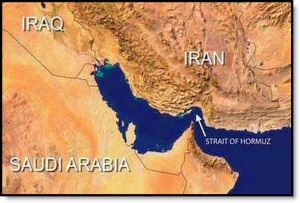 Many who study the eschatological (end time) events of the Bible, would look at the prophecies of Ezekiel 38:1-23 and Ezekiel 39:1-29 and consider that what we are seeing in the Middle east today may be prelude to the fulfillment of these prophecies in the near future. Within these chapters the Bible states that a place called Magog from “the land of the north” will come down against Israel in the latter years.

Iran’s oil, economic opportunities as well as tactical placement in the middle east is the baited hook that has lured Russia in for the bite. 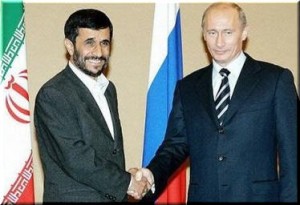 The hook is now lodged into Russia’s jaw and the scenario is set for us to possibly see one of the biggest pre-tribulation prophecies in future history play out. What is notable in this prophecy, is when the military invasion against Israel begins, God Himself will supernaturally intervene against her oppressors. (Eze 39:1-9)

For more detailed information regarding the Ezekiel 38~39 prophecies, visit: