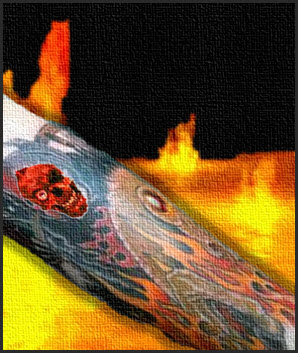 In John 9:4-5 Jesus said: “I must work the works of Him who  sent Me while it is day, the night is coming when no one can work.  As long as I am in the world, I am the light of the world.”

As long as Jesus is in the world, there will be spiritual light.  But what happens when the light is removed?  God the Father is Spirit (John 4:24), and it is He who must draw all men unto Christ (John 6:44).  But the Spirit will be removed from the earth during the rapture of the church, thus allowing the spirit of antichrist (the devil) to rule the world bringing upon its inhabitants spiritual darkness so evil that no man could do the works of God even if he wanted to.  Evidence of this calamity is found in the teachings of Paul in 2nd Thessalonians chapter two, while discussing what is withholding the antichrist from taking over the world, Paul wrote:

“Do you not remember that when I was still with you I told you these things.  And now you know what is withholding, that he may be revealed in his own time.  For the mystery of lawlessness is already at work; only He who now withholds will do so until He is taken out of the way. And then the lawless one will be revealed….”  (verses 5 – 8).  In other words, the spirit of antichrist (devil) is present with us today, but he cannot take over the world as long as the Spirit of God is in the world.  When He is removed, then spiritual darkness will cover the earth’s inhabitants.

Prior to the fall of Adam and Eve in the garden, Lucifer was also there in beauty and perfection. In fact God said of him, “You were the seal of perfection, full of wisdom and beauty.  You were in Eden, the garden of God; Every precious stone was your covering: The sardius, topaz, and diamond, beryl, onyx, and jasper….You were the anointed cherub who covers….You were perfect in your ways from the day you were created, till iniquity was found in you….Your heart was lifted up because of your beauty; you corrupted your wisdom for the sake of your splendor.” Ezekiel 28:13 – 17

Because of his splendor, wisdom and beauty, Lucifer became prideful (I Timothy 3:6).  This was the iniquity he was guilty of and it literally “corrupted his wisdom.”  In fact, his wisdom became so corrupt that he believed he could become like God.  God’s prophet Isaiah writes, “How you are fallen from heaven, O Lucifer, son of the morning!  How you are cut down to the ground, you who weakened the nations!  For you have said in your heart: I will ascend into heaven, I will exalt my throne above the stars of God….I will be like the Most High.”  Isaiah 14:12 – 14

Prior to his fall, Lucifer apparently could come and go as he pleased.  He had access to heaven and earth and he knew full well the magnificence of God’s creation.  But after his fall from grace, the first thing he did was go after Adam and Eve, who were created in the image of God, and were at the apex of God’s creation.  In fact, the earth and all that was in it became man’s to take care of.  Genesis 1:26.

Ezekiel 28:14 says of Lucifer, “You were the anointed cherub who covers….”   What it was that he “covers” prior to his fall from grace we are never told.  Today we know that he covers the earth with sin and corruption, and when the Spirit of God is removed from the earth along with the church, that sin and corruption will ultimately turn to absolute spiritual darkness, as Isaiah forecast,  “For behold darkness shall cover the earth, and deep darkness the people.”  Isaiah 60:2.   This is the same darkness that Jesus was referring to when he said that “darkness would come when no man can work.”  When the Lord ultimately returns with His church, He will destroy this ”mountain of darkness” as Isaiah wrote, “And He will destroy on this mountain the surface of the covering cast over all the people and the veil that is spread over all the nations.”  Isaiah 25:7

Jesus warned of this dark period of earth history, “For then there will be great tribulation, such as has not been since the beginning of the world until this time, no, nor ever shall be.”  Matthew 24:21.  One has only to read the book of Revelation to get a grasp of the horrific events that will unfold during the great tribulation.  This period will make the Second World War seem mild and subdued by comparison.   Indeed, it will be a time when Satan is loosed upon the world’s populace to inflict as much pain, suffering and death as he possibly can, it will be his goal to wipe every man woman and child off the face of the earth.  And this he would accomplish if God didn’t step in and put an end to the carnage as Jesus foretold,  “And except those days were shortened, no flesh would be saved, but for the elects sake, those days will be shortened.”  Matthew 24:22

The above verse brings with it a question, who are the elect? 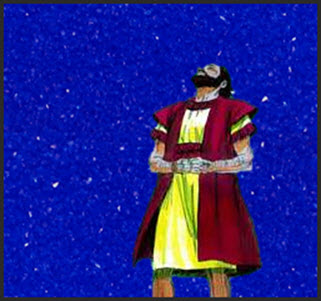 Abraham was the beginning of the Hebrew nations of which there are 12 tribes.  These tribes are named in various places throughout the Bible, one of which is Revelation chapter seven.  The above prophecy given to Abram (Abraham) contains two promises by God.  The first part is that Abraham’s descendants would be as numerous as the stars in heaven.  And the second part of the promise was that they would possess the gate of their enemies.

It is also important to remember the term “Jew” refers to a religious sect and not a nationality.  The nationality of the Jewish people is Hebrew, and these people are the direct descendants of Abraham and subject to the promise that God made to him thousands of years ago.  It is also important to remember that the dispensation of grace for the gentile (Christian) church ends with the rapture of the church.  Grace then goes back to the Jews as the Apostle Paul explained, “For I do not desire, brethren, that you should be ignorant of this mystery, lest you should be wise in your own opinion, that blindness in part has happened to Israel until the fullness of the Gentiles has come in.  And so all Israel will be saved, as it is written: ‘The Deliverer will come out of Zion and He will take away ungodliness from Jacob; for this is My covenant with them, when I take away their sins.’” Romans 11:25 – 27

The great tribulation is also referred to as “Jacob’s trouble.”  “Alas!  For that day is great, so that none is like it; And it is the time of Jacob’s trouble, but he shall be saved out of it.”   Jeremiah 30:7.  In other words,  he shall be saved because of it.  Consider for a moment,  when WW2 started, the Jews were the wealthy store and shop owners of Europe.  Why in the world would they want to return to that little desert country of Palestine, particularly when the Palestinians didn’t want them there?  Indeed, it took a Hitler to run them out of Europe and forced millions of them to settle back in Palestine and because of this, a nation was born physically.  As you’ve already read, Israel became a legal nation on May 15,1948.  The Jewish state has had its physical birth, but now it needs a spiritual birth and the Antichrist, like Hitler, will be the impetus for this.

Since Scripture is clear that one cannot come to Christ unless the Spirit draws him, and the Spirit is removed from earth with the rapture of the church, the question that arises then is, how do the Jews come to Christ?  Revelation chapter seven gives us that answer.  All the Hebrew people in the world at that time will be sealed with a special seal placed upon them by God: “And so all Israel will be saved.”

If you read Revelation seven, you will notice that it says that “twelve thousand” from each tribe will be sealed for a total of 144,000 Jews having received the seal of God on their foreheads.  In the original Greek writing they didn’t have the word, “million” so they pluralized the word thousand, making it “thousands,” and thousands could mean an infinite number.  The Greek word for thousand is ”chilioi.”  An example of the word thousand is found on numerous occasions throughout the New Testament.  One example can be found in Revelation 20:2 where it talks about Satan being bound for “a thousand years.”  However, when the number is beyond 999,000 it is pluralized.  The Greek word used in this instance is ”chiliades,” and literally means “thousands.” 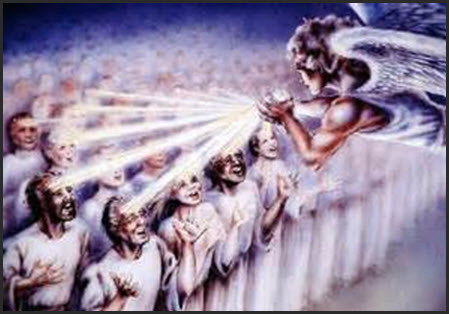 Thus if we check with a Greek Lexicon the 12,000 Jews being sealed in Revelation chapter seven, we find the word “chiliades” is the term used here.  Thus, the reader is left with the knowledge that “twelve thousands” of each tribe are sealed.   When we square that number, 12,000 from each of the twelve tribes we arrive at one hundred forty four thousand Jews being sealed.  In other words, all Jews in the world.  Of course only God knows who the Jews are from each of the twelve tribes and they will be sealed by God for salvation, “And so all Israel will be saved.”  However, their salvation doesn’t come without a dreadful cost, these are the martyrs of the tribulation as millions will be murdered for their witness of Jesus Christ.  Revelation 20:4

Next article:  “The Two Witnesses.”