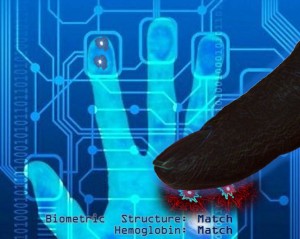 Over the years there have been many theories concerning the Mark of the Beast and more specifically how the tracking of everyone’s buying and selling habits can be controlled. Revelation 13:16-17 states: He [the beast] causes all, both small and great, rich and poor, free and slave, to receive a mark on their right hand or on their foreheads, and that no one may buy or sell except one who has the mark or the name of the beast, or the number of his name. (NKJV)

Smart Cards, Bio Chips, and Bar Code Scans have been some of the technologies in the last twenty years that have been scrutinized as possible vehicles for a monetary control system that is described in Revelation.

There is now a new technology that goes on the watch list that may help usher in a cashless society. While you might expect such a venture to be developed in a mainline University such as MIT, the School of Mines and Technology, a state college in Rapid City, South Dakota is the location of this new technology that is actively being tested among selected students. 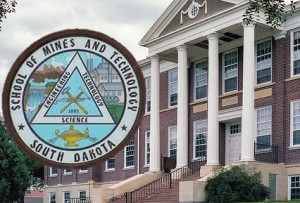 By using a unique method of biometric scanning and cryptology, the scanner will match fingerprints along with typed information such as a Birthday or PIN number into the system to make a transaction. The researchers have also thought of how to get around the old movie idea of some criminal just cutting off your finger to use it to access your money. The new system will sense the blood flow in your finger to ensure it is still attached.

In the cover article by Ibnlive.in.com Your finger may soon replace your credit card; will come with an added security layer, in an interview, Al Maas, president of Nexus USA – a subsidiary of Spanish-based Hanscan Identity Management, which patented the technology – acknowledged South Dakota might seem an unlikely locale to test it, but to him, it was a perfect fit. “I said, if it flies here in the conservative Midwest, it’s going to go anywhere,” Maas said.

While not many years ago, a global cashless society was the stuff of science fiction and not even technologically feasible, now we have the computing power and electronic  apps to pull it off. With worries of identity theft and the looming possibility of global financial collapse, the stage is set for a new, secure, and better way for all citizens of the world to be able perform their monitory transactions. People will be attracted to its ease and security.

In conclusion, whatever means of monetary control is developed, the Bible clearly states that whoever chooses to receive the mark of the beast will willingly 1. Worship the beast and his image and 2. they will receive his mark on either their forehead or right hand. (Rev 14:9)

In other words, the technology in itself may not be the mark of the beast but rather a vehicle of how to control the monetary ability of everyone on the planet. There is a time coming when a charismatic world leader will state that you must commit your allegiance to him in order to buy, sell, or trade and take his mark on your hand or forehead. Beware! The decision to do so can seal your fate in eternal punishment. (Rev 14:10-11)

Does the Bible prophesy a one-world government and a one-world currency in the end times? (gotquestions.org)

Is a Cashless Society Preparing the Way for the Antichrist? (blogos.org)