SagacityWeb » Eschatology » If an ancient prophecy holds accurate, the next Pope may be the last.

If an ancient prophecy holds accurate, the next Pope may be the last. 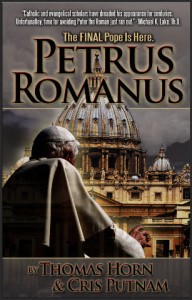 Eight hundred and seventy four years ago in 1139 a man from Northern Ireland named Mael Maedoc Ua Morgair also known as Saint Malachy wrote a document known as the Malachy Prophecy of the Popes. It was lost in the Vatican until 1556 when discovered by a Vatican Librarian. The first known publication of the Prophecy of the Popes was seen in Arnold de Wion’s volume entitled Lignum Vitae (Tree of Life)  which was published in 1595.

While some of the earlier Malcahy prophecies shows signs of alteration, the prophecies of the popes in the last century have shown an pattern of uncanny accuracy. Pope Benedict XVI being the 111th pope. The prophecy speaks of one more pope, Petrus Romanus (Peter of Rome). A Pope that the Malachy prophecy predicts will not only be the last pope but possibly the False Prophet of Revelation. With the upcoming retirement of Pope Benedict XVI, we are now weeks away from the announcement of the new and possibly final Pope.

As we are now in the last days we have to be careful of any extra Biblical prophecy and take them all with a healthy dose of skepticism and outright reject a prophecy if it does not 100% line up with the Word of God. While the Bible does clearly say that prophecy is a gift of the Holy Spirit and is not limited to just people in Bible times (Rom 12:6-8, 1 Cor 12:4-11, 28), the Bible also warns about listening to false prophets who speak as though their oracles were given to them by God. Jer 23:32 says, “‘Indeed, I am against those who prophesy false dreams,’ declares the Lord. ‘They tell them and lead my people astray with their reckless lies, yet I did not send or appoint them. They do not benefit these people in the least.’”

So if you study this historical literature, keep it in context of what it is. It is also worthy to note that the Papal system itself is not a Biblical concept but a later construct of the Roman Catholic Church.

That said, is there any truth to this extra Biblical prophecy or is it a fabrication of antiquity? Was the prophecy God given to Malachy or was it a deception from the Satan?

Thomas Horn and Cris Putnam wrote an in-depth book that investigates the Malachy prophecies titled The Final Pope is Here ~ Petrus Romanus. Will we see this ancient prophecy play out before our eyes in the days ahead? Time will shortly tell.

To gain a better understanding of the book, watch the re-aired two part Prophecy in the News program from 2012 that interviews the authors of Petrus Romanus. 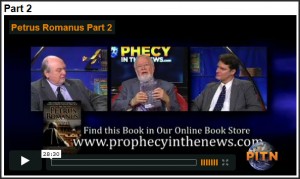 What does the Bible say about the pope / papacy?

What is the prophecy of St. Malachy?

Is the Pope the Vicar of Christ?

Is the personal prophecy concept Biblical?