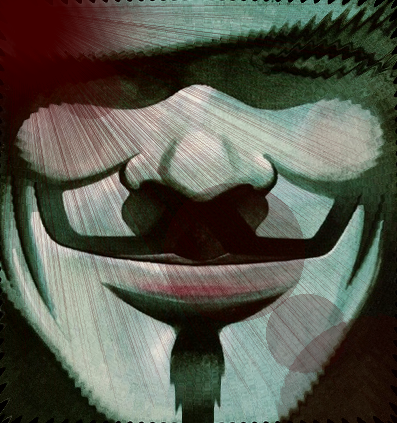 Anarchy is the rage nowadays…no pun intended. We have seen it rear its head most recently in cities across America due to the racial and political charged tensions in Ferguson, Missouri and New York. People mindlessly destroying public and private property, stopping traffic, invading businesses, and endangering innocent peoples safety in the name of seeking justice…

For some, any excuse to don a Guy Fawkes mask and protest diverts them from their mundane existence in front of the flat screen. For others, the mask is a symbol of rebellion in the face of real or perceived overbearing or unjust authority. Or, they may be part of the anarchy group who made the mask infamous during the “Occupy Wall Street” movement in last decade known as “Anonymous” whose unofficial motto is:

Whether or not people who desire anarchy espouse such a motto, either way, their immortal soul is in danger. The Bible clearly warns that if people do not forgive others, neither will their Father in heaven forgive them. (Mark 11:26) An un-repented spirit of anarchy can also keep a person from being able to enter the kingdom of heaven. 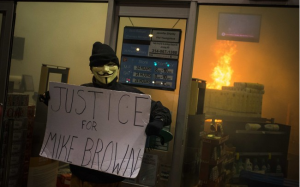 The word itself means absence of government or denial of authority or established order. It has been the engine used for thousands of years by ambitious despots who have wanted to seat themselves in a position of authority over others. In most cases; a cruel, uncaring, and self-serving authority. By inflaming passions of anger, fear, and injustice, these type of people or political powers manipulate people into acting out with mindless violence. The irony is that history shows that people or populations who succumb to the spirit of anarchy end up being subjected to the exact type of oppressive authority they fear. The tenants of the communist manifesto and the resultant oppressive society’s that was birthed out of Marx’s literature such as the former U.S.S.R., Cuba, and North Korea are just a few examples of where revolutions based on anarchy ended up creating prison state societies where the citizens are ruled by the iron fist of the state. 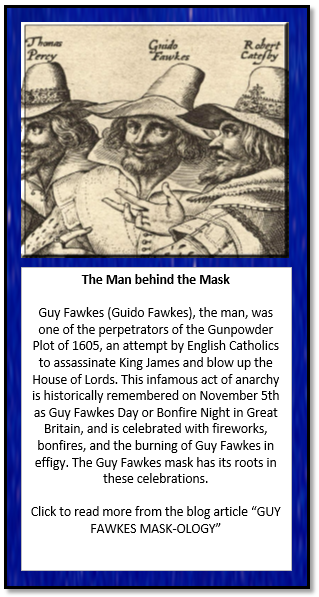 Today, in both the death of Michael Brown in Ferguson and Eric Garner in New York, although drastically different in scope, if the men in both cases submitted to the authorities, there is a good chance that they would still be alive today. (Proverbs 10:2, 11:5, 13:6)

The United States allows citizens to peacefully protest to bring to light any perceived or real injustice that may have occurred. But when people choose to harden their hearts with un-forgiveness and seek vengeance, a spirit of hate and murder (Mathew 5:21-22) can invade their heart in the name of justice. Blinded by this self-serving hatred, they refuse to objectively look at the causal factors that led to what contributed to each of these tragedies. This self-induced blindness can lead to a spirit of destructive anarchy. Instead, I encourage that when confronted with such a choice to follow after the direction of James 1:21 Therefore lay aside all filthiness and overflow of wickedness, and receive with meekness the implanted word, which is able to save your souls.

Anarchy is against God’s Will

Let every soul be subject to the governing authorities. For there is no authority except from God, and the authorities that exist are appointed by God. Therefore whoever resists the authority resists the ordinance of God, and those who resist will bring judgment on themselves. For rulers are not a terror to good works, but to evil. Do you want to be unafraid of the authority? Do what is good, and you will have praise from the same. For he is God’s minister to you for good. But if you do evil, be afraid; for he does not bear the sword in vain; for he is God’s minister, an avenger to [execute] wrath on him who practices evil. Therefore [you] must be subject, not only because of wrath but also for conscience’ sake. For because of this you also pay taxes, for they are God’s ministers attending continually to this very thing. Render therefore to all their due: taxes to whom taxes [are due], customs to whom customs, fear to whom fear, honor to whom honor.

This means that ALL governments on the earth are appointed by God. Both the just and the oppressive governments. One is government of blessing, the other a government of judgment on its people. In either situation, scripture states that ALL souls are subject to the governing authorities. Not just Christians. In past articles I have referred to Jeremiah 18:1-11 where it states that God will either bless or judge a nation depending on its decision whether or not to obey God.  If the citizens of a nation wants to have a government of blessing, then the people of that nation has to follow after God and His precepts. Romans 13:1-17 personalizes this responsibility to each person to be responsible for their actions and submit to government authority.

It is notable that Barabbas was incarcerated and awaiting judgment due to rebellion and murder. This was the man that who was chosen by the Jews to be freed instead of Jesus. (Mark 15:7, Luke 23:18-19) While Jerusalem was under oppressive Roman rule during those days, you do not see any defense given to Barabbas for his rebellion.

In Matthew 8:5-10 we see Jesus praising a Roman Centurion for his faith. Nowhere do we see Jesus condemning the Roman government for occupying Jerusalem. And we wouldn’t because in that time, the Jews where in a period of judgment and Jesus being The Son of God knew that because He (God) allowed Rome to rise to power!

What about the birth of the United States? Wasn’t anarchy involved in the American Revolutionary war against England?

This is a valid question and one that may cause confusion for some. Let us look back again at the definition of anarchy. It is to desire absence of government, deny authority, and or established order. This was not the mindset of the Americans who lived under British rule. How does Romans 13:1-7 compare to the American Revolutionary War? 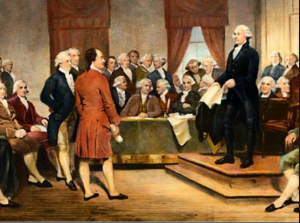 First, it is important to understand that many of those who supported the Revolutionary War were deeply religious men who felt that they were biblically justified in rebelling against England. Let us consider five reasons from the GotQuestions.org study why the birth of the United States was not enacted out of a spirit of anarchy.

From: www.GotQuestions.org “Was the American Revolution a violation of Romans 13:1-7?”

If a person does an in depth study of the Declaration of Independence, Constitution, and other formative documents such as the Federalist Papers, they will discover that rather than a personnel vendetta to disrupt, destroy, and overthrow,  the founders of the United States were laying a new foundation for a country built on God’s precepts out of the Bible.

Anarchy is not a political issue, it is a spiritual one…

Anarchy is synonymous to and at its core is a spirit of rebellion. 1 Samuel 15:23 states that rebellion is as the sin of witchcraft. Proverbs 17:11 warns that an evil man seeks only rebellion; Therefore a cruel messenger will be sent against him. In the context of someone committing anarchy, they should not be surprised to see harsh treatment come their way from the people who serve in a government authority role.

As we near the return of Jesus Christ, 2 Timothy 3:1-5 warns that in the last days perilous times will come: For men will be lovers of themselves, lovers of money, boasters, proud, blasphemers, disobedient to parents, unthankful, unholy, unloving, unforgiving, slanderers, without self-control, brutal, despisers of good, traitors, headstrong, haughty, lovers of pleasure rather than lovers of God, having a form of godliness but denying its power. And from such people turn away!

These actions are a result of people who are submitted to the works of the flesh mentioned in Galatians 5:19-21 Now the works of the flesh are evident, which are: adultery, fornication, uncleanness, lewdness, idolatry, sorcery, hatred, contentions, jealousies, outbursts of wrath, selfish ambitions, dissensions, heresies, envy, murders, drunkenness, revelries, and the like; of which I tell you beforehand, just as I also told [you] in time past, that those who practice such things will not inherit the kingdom of God.

The term “We are Legion” refers to Mark 5:9 and Luke 8:30 where Jesus came upon a man who was possessed by many devils. The Greek word legion λεγιών according to the Strong’s concordance means “a body of soldiers whose number differed at different times, and in the time of Augustus seems to have consisted of 6826 men (i.e. 6100 foot soldiers, and 726 horsemen)”. In the context of this historical account in the Bible, Jesus cast these demons from the possessed man into a herd of swine who then went mad and ran into the water and drowned.

Aside from the odd use of the reference to Legion, within this motto we find a list of actions that are representative of the works of the flesh (mankind’s self-centered nature).

Instead of bitterness or revenge, God chooses to forgive and forget the sins of those who:

And then, the Spirit of Peace will reign your life as you live the Fruits of the Spirit! (Galatians 5:22-25)

The fruit of the Spirit is love, joy, peace, longsuffering, kindness, goodness, faithfulness, gentleness, self-control. Against such there is no law. And those who are Christ’s have crucified the flesh with its passions and desires. If we live in the Spirit, let us also walk in the Spirit. Let us not become conceited, provoking one another, envying one another.

May God Bless you as you seek Him out through prayer and study of His Word, the Bible!