SagacityWeb » Sagacity News » Death in the Name of Allah?

Death in the Name of Allah? 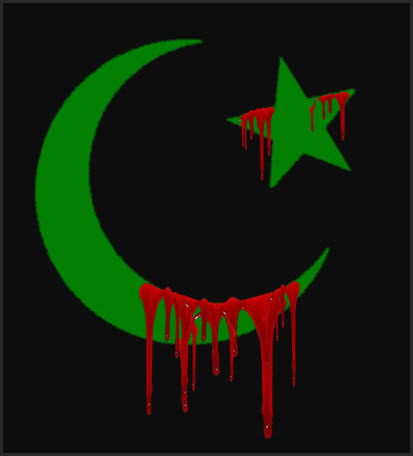 ISIS, the organization faithfully submitted to Islam, proclaimed that they were behind the recent attack on a Texas cartoon contest featuring images of the Muslim prophet Muhammad. Furthermore the group has proclaimed a Fatwa (Legal verdict given based on the Qur’an) to assassinate the contest organizer Pamela Geller. While even the liberal media is starting to wake up to the fact that the teachings of Islam is a root cause behind the murderous blood lust of “radical” Islamic groups such as ISIS, some will still try to compare these vile actions to the violence chronicled in the Bible. Is there a difference? Does the Bible teach the same violence that the Quran promotes?

The following is from a QotQuestions.org article which approaches this subject.  (http://www.gotquestions.org/jihad-Bible.html)

Immediately following the horrific terrorist attacks on 9/11, many Westerners began to take notice of Islam for the first time. Many were shocked to find out that Islam’s holy book (the Koran) provides specific injunctions to engage in acts of violence as part of the “holy war” (jihad) in the cause of their religion. Soon many secular thinkers began to draw comparisons between Islamic terrorist attacks and the violence found in the Bible, particularly the Old Testament. But are these comparisons valid? Are the commands of Yahweh to the Israelites in the Old Testament the same as jihad as prescribed in the Koran? What is the difference between the violence found in the Bible and Islamic understanding of jihad?

To answer this question, we must define what we mean by “jihad.” The word jihad means “striving” or “struggle.” Within Islam, there are several categories of jihad. The word can be used to describe various types of struggles such as “jihad of the pen” (which would involve persuasion or instruction in the promotion of Islam) or “jihad of the heart” (a battle against one’s own sin). However, the most well-known form of jihad is that which involves physical violence or warfare in the cause of Islam. While the Koran does contain passages that encourage Muslims to engage unbelievers with grace and persuasion (Sura 16:125), the Koran contains other verses that appear to command Muslims to engage in offensive physical warfare against non-Muslims. 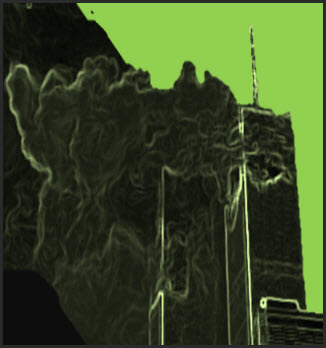 In Sura 9 we read, “But when the forbidden months are past, then fight and slay the pagans wherever ye find them, and seize them, beleaguer them, and lie in wait for them in every stratagem [of war]; but if they repent, and establish regular prayers and practice regular charity, then open the way for them: for God is Oft-forgiving, Most Merciful” (Sura 9:5). Also in Sura 9, “Fight those who believe not in God nor the Last Day, nor hold that forbidden which hath been forbidden by God and His Apostle, nor acknowledge the religion of Truth, [even if they are] of the People of the Book [Christians and Jews], until they pay the jizya [tribute] with willing submission, and feel themselves subdued” (Sura 9:29).

In addition to the teachings of the Koran, Muslims also follow the Hadith, a supposedly inspired record of Muhammad’s words and actions. The Hadith explains how Muhammad instructed his commander when sent out on an expedition, “When you meet your enemies who are polytheists, invite them to three courses of action. If they respond to any one of these, you also accept it and withhold yourself from doing them any harm. Invite them to [accept] Islam; if they respond to you, accept it from them and desist from fighting against them. . . . If they refuse to accept Islam, demand from them the jizya. If they agree to pay, accept it from them and hold off your hands. If they refuse to pay the tax, seek Allah’s help and fight them” (Sahih Muslim, Book 19, Number 4294).

But what about the violence commanded by God in the Old Testament? Is that any different? The most often-discussed episodes of violence in the Old Testament are Yahweh’s command for the Israelites to destroy the Canaanites and return to the land that He had promised to them. When assessing these incidents, we must understand the context in which these events took place. The Canaanites were a brutal and wicked culture that frequently engaged in incredibly decadent behavior. As Christian author Norman Geisler put it, “This was a thoroughly evil culture, so much so that the Bible says it nauseated God. They were into brutality, cruelty, incest, bestiality, cultic prostitution, and even child sacrifice by fire. They were an aggressive culture that wanted to annihilate the Israelites.”

By ordering the destruction of the Canaanites, God enacted a form of corporate capital punishment on a people that had been deserving of God’s judgment for some time. God had given the Canaanite people over 400 years to repent (Genesis 15:13–16). When they did not, the Lord used the Israelites as an instrument of judgment on an evil and deeply depraved society. The Canaanites were not ignorant as news of God’s awesome power had reached them (Joshua 2:10–11; 9:9). Such awareness should have driven them to repentance. The example of Rahab and her family is a sure proof that the Canaanites could have avoided their destruction if they had repented before Israel’s God (Joshua 2). No person had to die. God’s desire is that the wicked turn from their sin rather than perish (Ezekiel 18:31–32; 33:11). We must also remember that Yahweh did not sanction all of the wars recorded in the Old Testament, and that all of the wars that were specifically commissioned by Him beyond the time of Joshua were defensive in nature. A number of the battles that Israel fought on the way to and within Canaan were also defensive in nature (Exodus 17:8; Numbers 21:21–32; Deuteronomy 2:26–37;Joshua 10:4). 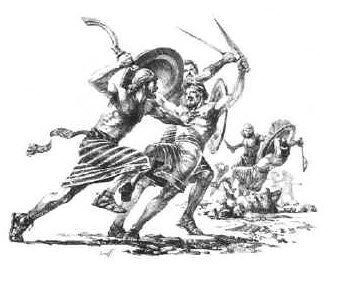 The more difficult question, however, has to do with Yahweh’s command to kill all of the Canaanites, including the women and children. In response to this, two points need to be kept in mind. First, while the Bible reads that such a command was given, it may well be the case that no women or children were actually killed. All of the battles would probably have involved only soldiers where women and children would likely have fled. As Jeremiah 4 indicates, “At the noise of horseman and archer every city takes to flight; they enter thickets; they climb among rocks; all the cities are forsaken, and no man dwells in them” (Jeremiah 4:29).

Moreover, Deuteronomy 7:2–5 uses the phrase “utterly destroy” immediately followed by “you shall not intermarry among them,” highlighting the fact that, at least in some instances, the biblical authors may have employed the rhetorical exaggeration (e.g., “all that breathes,” “utterly destroy,” etc.) common to ancient Near East military accounts. This leaves open the possibility that these phrases may express some degree of hyperbolic language, and thus, that no non-combatants were actually killed. The text nowhere explicitly narrates any women or children actually being killed in these battles.

Second, even if we interpret the text to mean that children were killed, this may have been God’s way of ensuring that these children would be saved and immediately brought into His eternal kingdom. The Scripture implies that all children who die before an age of moral accountability will enter heaven (2 Samuel 12:23; Matthew 19:14). Had God allowed these children to grow up in such a vile and heinous culture, these children would likely have grown up into something like their parents and been condemned to hell after they died. God knows the end from the beginning (Isaiah 46:10), and we are simply not in a position to question God as to what is best. Since God is the Giver of life, only He has the right to take it.

In conclusion, we have seen that there is a radical difference between the violence in the Old Testament and Islamic jihad. First, the violence prescribed by God in the Old Testament was intended for a particular time and limited to a particular people group. There was no precedent set to continue this practice beyond what God had commanded. In contrast, the Koran actually prescribes and condones military jihad in the promotion of Islam. At no time in the Bible do we see God commanding His people to kill unbelievers in the promotion of biblical faith. Second, it is beyond dispute that, in its earliest years, Islam was promoted by the sword. It is exactly the opposite for early Christianity. Many of the early Christians were severely persecuted and martyred for their commitment to Christ. As one Christian philosopher put it, “Both Islam and Christianity were spread by the sword, but the swords were pointing in opposite directions!”

Finally, for the Christian, the final and complete revelation of God is in Jesus Christ, who was remarkably non-violent in His approach. If a Christian engages in violence in the name of Christ, he is doing so in direct disobedience of His Master. Jesus taught that all who live by the sword will die by it (Matthew 26:52). The teachings and example of Muhammad are very different. A Muslim who desires to commit violence in the name of Islam can find ample justification for his action both in the Koran and in the words and actions of the prophet Muhammad.

Atrocities Done in The Name of Christ?

Is the Bible True? What does the Quran say?

Want to find true peace?  Please check out A New Life In Christ!