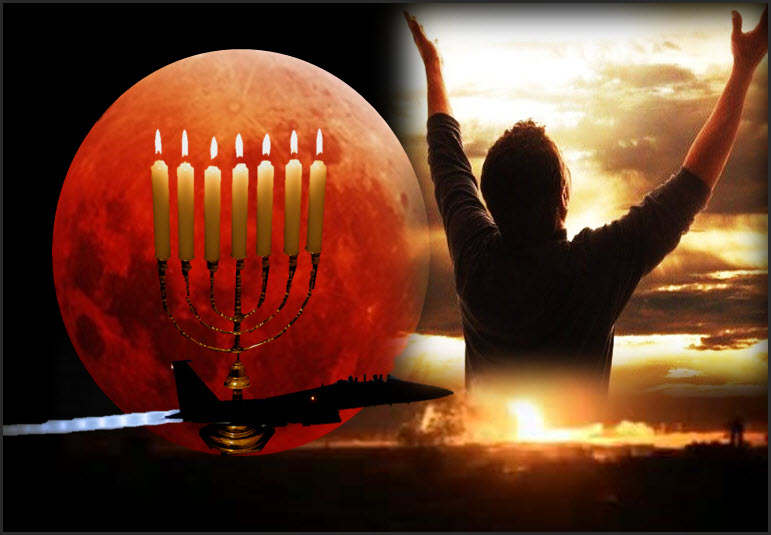 We are living in a day where we are starting to see signs from God showing us that the end of this age is close at hand. A time when tribulation like never seen before will start occurring on the planet. It is the time of Luke 21:7 – 11

So they asked Him, saying, “Teacher, but when will these things be? And what sign will there be when these things are about to take place?” And He said: “Take heed that you not be deceived. For many will come in My name, saying, ‘I am He,’ and, ‘The time has drawn near.’ Therefore do not go after them. “But when you hear of wars and commotions, do not be terrified; for these things must come to pass first, but the end will not come immediately.” Then He said to them, “Nation will rise against nation, and kingdom against kingdom. “And there will be great earthquakes in various places, and famines and pestilences; and there will be fearful sights and great signs from heaven. – NKJV

In recent decades, ever since Israel became a nation in 1948, we have seen a steady rise in all of the indicators listed above in Luke 21:7-11. And now, we are in the midst of witnessing one of God’s signs from the heavens.

On December 31st, 2013, SagacityWeb published an article titled “2014 may be a Prophetic Year for Israel and the World”. The article centered on an incredible astronomical occurrence  that started on Passover April 15th, 2014 and will conclude on the Biblical feast of Tabernacles, September 28th, 2015. Notably, the planet will see four total lunar eclipses in the same ceros cycle (known as a tetrad) and two solar eclipses that all coincide with God’s Biblical Feast days in the Hebrew calendar. Pastor Mark Biltz who discovered this phenomenon compared the dates of this rare occurrence to events that have occurred in history and found in every case, something significant happened to the Jewish people. The amazing part of this phenomenon is that this lunar tetrad in this specific ceros cycle occurred directly on the dates listed below and not in between. A clear indicator that God’s hand is in this sign.

And now, we are in the middle of the 2014-15 lunar tetrad event. So far we have seen heightened turmoil in Israel this summer with increased Islamic Hamas terrorism. The most recent display of blood lust of Islam was seen by a slaughter of Rabbis in a synagogue last week. On a global scale, we have seen the explosion of wanton murder by ISIS (Islamic State of Iran and Syria), the loss of two Malaysian flights and hundreds of people dead or missing, US/Russia tensions on the rise as Russia returns to Soviet USSR era relations, as well as global uncertainty of another global economic implosion. While this unrest is occurring internationally, domestically the United States has been weakened by immorality, radical liberalism, feckless political correctness, and an ineffectual White House administration that seems to be doing all it can to undermine the constitutional foundation the country was built on.

As in history, this Hebrew calendar year of 5775 has seen turmoil for the Jewish people and now her strongest ally, the United States. Indeed events may get worse before they get better prior to the end of this cycle which concludes September 28th, 2015 with an super moon lunar eclipse over Jerusalem during the Feast of Tabernacles.

Not only is 5775 a significant year because lunar and solar eclipses occur on Biblical feast days, it is also a Shemitah year. Also known as a sabbatical year, a Shemitah year occurs every seven years and was a time where Leviticus 25 stated when debts were to be forgiven and God’s blessing would remain on the land of Israel. If however, Israel did not obey God’s commands, starting at Leviticus 26:14, God warned that the Shemita year would be a time of judgment and specifically on Elul 29 which falls on 9/13/2015 this coming year. It will be this same day that a solar eclipse will occur on the Feast of Trumpets. Why is this significant?

Jonathan Cahn, author of the bestselling book “The Harbinger” has written a new book titled “The Mystery of the Shemitah”.

Within it he shows in recent history how every Shemita year and Elul 29 have coincided with a day when global financial judgment has occurred and specifically to the United States. The last Shemitah year occurred on the day of the 2008 stock market crash and previous to that it occurred on 9/17/2001 which as a result of 911, saw the second largest single day point drop in the DOW exchange. Will we see another devastating economic collapse on 9/13/2015? It is interesting to note that 9/11/15 will occur on a Friday (a possible time of Islamic attack) and Sunday 9/13/15 is the day when the Asian stock markets start to open oversees for the new week.

In the following three interviews at Prophecy in the News, Jonathan Cahn explains in detail the incredible prophetic nature of Shemita year and what may be coming a little over ten months from now.

While we are seeing God’s judgment unfold prior to His Son’s return, He is not willing that any should perish but all should come to repentance. (2 Peter 3:9) That said, 2 Peter 3:10-15 continues to describe that there will be a time when the Lord will come as a thief in the night and the heavens will pass away. 2 Peter 3:19 concludes stating to watch and be diligent to be found by God without spot and blameless. The bad news is that there is nothing you can do by yourself to make yourself worthy to stand before God Almighty. No amount of good deeds, giving, serving, or personal maturing will bring you to the point of sinless holiness that God requires. The good news is that God so loved the world that He gave His only begotten Son, that whoever believes in Him should not perish but have everlasting life. (John 3:16). This free gift is available to you if you confess with your mouth the Lord Jesus and believe in your heart that God has raised Him from the dead, you will be saved.(Rom 10:9-10).  If you have not yet received Jesus Christ into your heart as your Savior, I encourage you to do so. Time is short. If you would like to know more click the following link: A New Life in Christ!

May God bless you as you pray, study, and submit to God and His Word, The Bible!

Mystery of the Shemitah Part 1

Mystery of the Shemitah Part 2

Mystery of the Shemitah Part 3