SagacityWeb » Sagacity News » Atrocities of ISIS same as actions done in the name of Christ?

Atrocities of ISIS same as actions done in the name of Christ? 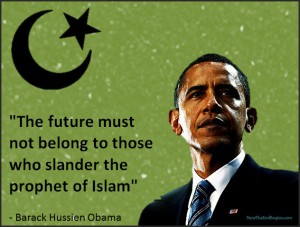 President Obama is trying to show that the same type of atrocities that we see in ISIS (Islamic State Iraq and Syria) was also committed in the name of Christ in the crusades, inquisition and more recently by white supremacist Jim Crow in America.

View the Presidents Comments at this mornings Prayer Breakfast

What he fails to mention is that people who did those atrocities in the name of Christ, they were definitely not being Christ like! Nowhere in the Bible is rape or premeditated murder condoned, rather love and forgiveness. Check out Luke 13:34 records Jesus crying, “O Jerusalem, Jerusalem, you who kill the prophets and stone those sent to you, how often I have longed to gather your children together, as a hen gathers her chicks under her wings, but you were not willing!” This speaks God’s heart desire that people would return to Him. He longs for us. Not to punish us, but to love us.

Islam on the other hand COMMANDS that people who will not submit to Allah are to be killed!

“ When thy Lord revealed to the angels, saying ‘I am with you; so give firmness to those  who believe. I will cast  terror into the hearts of those who disbelieve. Smite, then the upper parts of their necks, and smite off all finger-tips.’ That is because the opposed Allah and His Messenger [Muhammad]. And whoso opposes Allah and His Messenger, the Allah is surely severe in retribution. That is your punishment of the Fire”

Some perspective on Jihad versus the Crusades

Allah is a god of terror, vengeance and death. His mercy is unpredictable and supposedly only to those who submit or face his wrath. For a Muslim, the only assurance of paradise is to die a Martyr for Allah. (Surah 3:158-59) This gives a clue why people are so willing to blow themselves up for Allah to fulfill Surah 8:13-15.

The God of the Bible, His Son Jesus Christ, and the Holy Spirit is a God of peace, forgiveness, and everlasting life.  His mercy was given to all through the shed blood of His Son Jesus Christ. The debt of sin was already paid for those who desire to receive the free gift of salvation. John 3:16 and Romans 10:9-10 wrap this up:

“For God so loved the world that He gave His only begotten Son, that whoever believes in Him should not perish but have everlasting life.” – “if you confess with your mouth the Lord Jesus and believe in your heart that God has raised Him from the dead, you will be saved. For with the heart one believes unto righteousness, and with the mouth confession is made unto salvation.”

Which God would you rather serve?

2 Responses to Atrocities of ISIS same as actions done in the name of Christ?