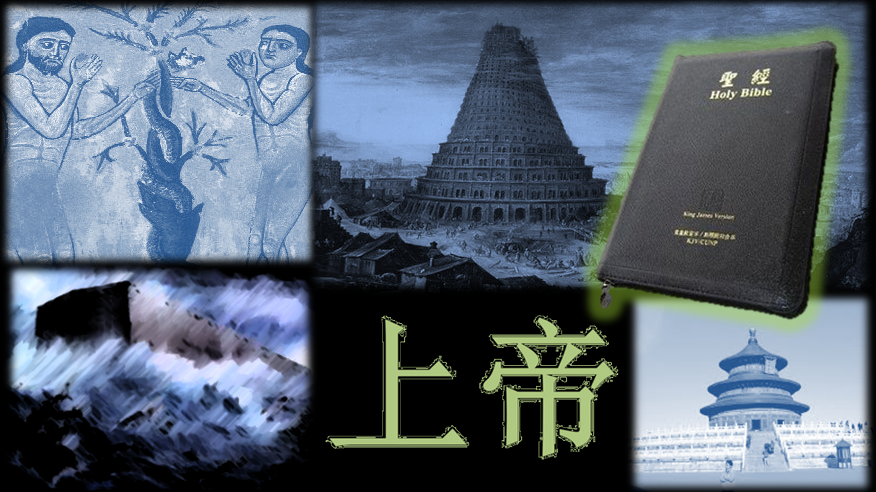 When you seek out God and see if He is who He says He is in the Bible, you should be able to see ample evidence in the world around us, including ancient history that verifies the validity of scripture. When we reference James Ussher’s book The Annals of the World, we find that the Tower of Babel event occurred about 2234 BC or about 4250 years ago.

It was during this time that the people of the earth had moved into the plains of Shinar to build a tower into heaven. Genesis 11:1-9 chronicles that mankind only eight generations after the flood wanted to make a name for themselves in heaven and secure themselves from being scattered abroad. While the implications of this is a study in itself, God displeased with this rebellious nature confused the languages of the people and scattered the people through the earth.

The tower of Babel is notable because if the Biblical account of earth’s history up to this point is true, there should be a common thread in the ancient civilizations of the world that has accounts of history prior to Babel including the flood story. While there are echoes of this history that meshes into the civilizations all over the world such as Mesopotamian and Egyptian history, there is one culture that has provided an astonishingly accurate recount of the Biblical creation story, the fall of man, the flood, and the tower Babel. It is the culture and written language of ancient China!

This discovery is one of the most exciting revelations in recent history. The Chinese language is one of the oldest written languages in the world outside of Hebrew. It dates back over 4000 thousand years old which puts it possibly within a generation of the dispersal from Babel.

What is significant is that the Chinese culture and the culture of the west (Europe, the Middle East, and Africa) not only did not interact, they did not even know either side existed until approximately the first century AD. This means that the people of China never heard of the God of the Hebrews or the book of Genesis which was inspired by God and written through the hand of Moses. Indeed many Chinese people who give their life to Jesus Christ may face ridicule from their family and fellow Chinese because they left their family honor and culture to follow a religion of the west or the white man’s God. I have some good news…

In reality, before Confucianism, Daoism, and Buddhism became the prominent religions in China, for over 2000 years the Chinese people worshiped one God. His name was Shang Di. The video below takes you on a two minute tour through the history of China and then for the next eleven and a half minutes, reveal the incredible story of the Biblical creation coded into the Chinese characters. And more, the story of salvation and redemption through Jesus Christ!

For the Chinese and people throughout Asia, this is a revelation of joy as the God of the Bible is Shang Di and the Biblical creation story is woven in the very fabric of China’s ancient past. This means that the Bible is reliable and within it the steps for eternal salvation for the people of China and the World! (John 3:16, Romans 10:9-10)

From an apologetic standpoint, this discovery is one more validation that the Bible is historically accurate and what it says it is, the infallible WORD of GOD. Amen!

The following is a full Sermon that provides more detail on the God of Ancient China. (In English and interpreted in Chinese)