Tweet
The National News agencies have been distracted away from the daily slaughter from ISIS in the Middle East and the Ebola outbreak in Africa to Ferguson Missouri. A town of approximately 21,000 that has been filled by unrest since the death of 18-year-old Michael Brown, who was fatally shot by Darren Wilson, a police officer following a confrontation in broad daylight of August 9.

What happened after Michael Brown robbed the convenience store? Was the shooting racially motivated or the response of an injured dazed cop defending himself from impending attack? Why was he shot so many times? Did he just put his hands up with head down when ordered and was shot or did he hit the officer, struggle with him, attempt to run, and then tried to rush the officer prior to being shot? These two opposing stories have both been voiced by witnesses. 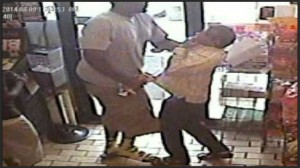 The facts of the case are still in question which will be reviewed before a grand jury to help determine what led up to the shooting death of Brown.

Many local citizens concerned with a possible history of excessive use of force by local law enforcement have held peaceful protest as allowed by law. Unfortunately many of the protesters have made up in their mind that the shooting was racially motivated before allowing the investigation to take its course. In some cases the protest have disintegrated in the evenings with rioting and looting which has required the National Guard to become involved. In many cases the people that have been arrested do not even live in Ferguson but have come from as far away as New York and California to incite lawlessness.

That said, even if in the worst case scenario where the police officer used excessive force and unjustly killed Michael Brown; does that justify putting the innocent people of Ferguson personal safety and livelihoods at risk through wanton violence, rioting, destruction of property, looting and inflammation of hatred in the name of racial justice? No!

Even more concerning, this type of destabilization can create a perfect cover for more dangerous groups to infiltrate such as the genocidal ISIS that has vowed to bathe America in blood. During a CNN interview a sign was seen in the background stating “ISIS is here”. It may have been a reference trying to associate the local police to ISIS, a bad joke, or something more ominous.

Let us pray cooler heads prevail and justice in this case will be based on facts and not political pressure from a lynch mob.

How could have this particular event been averted? Before the riots, before the protest, before the shooting, before the confrontation with the police, we see Michael Brown was videotaped stealing cigars and strong arming a store owner. This action shows a glimpse of Michaels Browns character and state of mind that afternoon.

Let us start with Romans 13:1-4 that states:
Let every soul be subject to the governing authorities. For there is no authority except from God, and the authorities that exist are appointed by God. Therefore whoever resists the authority resists the ordinance of God, and those who resist will bring judgment on themselves. For rulers are not a terror to good works, but to evil. Do you want to be unafraid of the authority? Do what is good, and you will have praise from the same. For he is God’s minister to you for good. But if you do evil, be afraid; for he does not bear the sword in vain; for he is God’s minister, an avenger to execute wrath on him who practices evil.

Then in Titus 3:1-6 goes on to state:
Remind them to be subject to rulers and authorities, to obey, to be ready for every good work, to speak evil of no one, to be peaceable, gentle, showing all humility to all men. For we ourselves were also once foolish, disobedient, deceived, serving various lusts and pleasures, living in malice and envy, hateful and hating one another. But when the kindness and the love of God our Savior toward man appeared, not by works of righteousness which we have done, but according to His mercy He saved us, through the washing of regeneration and renewing of the Holy Spirit, whom He poured out on us abundantly through Jesus Christ our Savior…

If Mr. Brown was submitted to Jesus Christ and followed after His teaching in the Bible including the direction of Romans 13:1-4, there is a very good chance that he would not have found himself in mortal danger from law enforcement that day. It is notable that this verse applies universally to citizens of all nations.

Is there a chance of an innocent citizen being abused or even killed by a government authority figure that abuses their power for their own purposes? Yes; especially if the person operates outside their scope of governmental authority and or government is not submitted to the God of the Bible and His Son Jesus Christ.

Was that the case concerning the local authorities in Missouri? Is there corruption or racial bias in this case? We do not know yet! That is the purpose of the Grand Jury process and the local voters. If corruption is revealed, the laws of the United States will allow prosecution and also allows for citizens of Missouri through due legal process and voting to change the local leadership.

This type of process requires local and mental involvement from responsible citizens that want to make a difference as opposed to vigilante emotional outburst that promotes violence. Vigilante justice is not God ordained justice but anarchy and at its heart, can lead to the spirit and act of murder (premeditated killing) which is condemned by God.

While the Biblical foundation of American justice system has been attacked by relative truth and case law, it is still one of the best legal systems in the world today. What if we did not have a strong legal system and vigilante justice prevailed? In those situations, history and current examples shows that society would breakdown and the land would be ruled by the wicked ambitions of the ruthless. To see an example of what a government looks like that is not submitted to God and His precepts, you only have to look towards the Middle East where atrocities are growing exponentially through militant Islam.

In two recent examples, there are members of Hamas in Gaza that are hanging their own Palestinian children at missile launch sites so they can claim that Israel is killing their children when Israel takes out the missile sites. 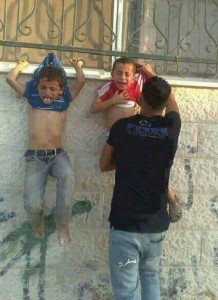 Not far away in Syria and Iraq, there are countless local Christians right now being beheaded and crucified in Iraq and Syria by the Islamic Caliphate ISIS. These atrocities extend also to other Muslims who ISIS want to eliminate. Just yesterday it has been made public that they have now beheaded American journalist James Foley. 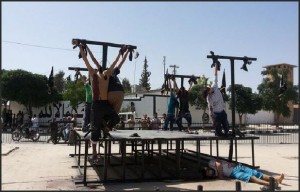 Is this the kind of justice we want in the United States? God forbid!

I pray that God will not remove His lamp from the United States and protect us from such evil from outside and from within. And I thank Him for the constitutional government of United States and pray that our country and its elected officials will uphold the Constitution and the Bill of rights and submit their lives to Jesus Christ. 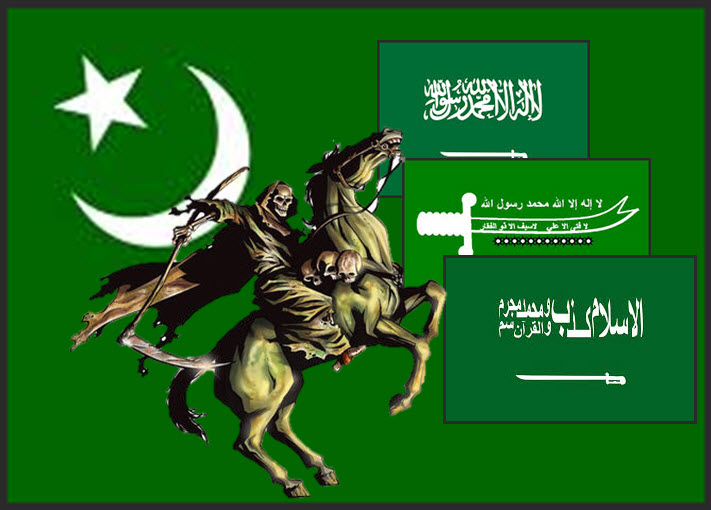 A side note on this. Some say that Islam may be the fulfillment of the rider on the pale horse in Revelation 6:8 since the greek word for pale in this verse is chlōros which actually refers to the color green. Green is the color of Islam. It is interesting to note that immediately following this verse, the Bible describes and encourages those who have been martyred for the Word of God and their personal testimony which is their faith in Jesus Christ (Revelation 6:9-11). For those that may face persecution or death for proclaiming John 3:16 and Romans 10:9-10, stand strong because your reward is in eternity and not temporal. Matt 10:31-33, Matt 16:25, John12:25, 1 Timothy 6:12, 2 Tim 4:7.

In conclusion, Jesus Himself was falsely accused, arrested, tortured, and murdered by the Roman Government by request of the local Jewish authorities. While He lay bleeding on the cross with people laughing and jeering at Him, His response was “Forgive them Father, for they know not what they do”. (Luke 23:24)

Whatever the outcome of the Ferguson case, let us pray that all people involved will stay submitted to Romans 13:1-4, behave in a spirit of love such as Jesus example above and as outlined in 1 Corinthians 1:1-13.