SagacityWeb » Sagacity News » A Shameful Statement from a Professor of Law

A Shameful Statement from a Professor of Law 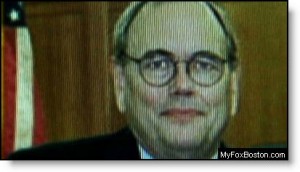 In a recent news article posted on Fox News (Massachusetts Law Professor Calls Care Packages for U.S. Troops ‘Shameful’), “Michael Avery, a professor at Suffolk University Law School, sent a five-paragraph email to colleagues in response to a school-wide appeal for care packages for deployed soldiers, Fox affiliate WFXT-TV reports”. Within the email Avery stated that it would be “shameful” to send care packages to U.S. troops “who have gone overseas to kill other human beings.”

Really? Is it shameful for a person who is in employed in an authoritative role for their government to kill another human being through self defense or by following orders given them from their country? This question not only encompasses the brave men and women of our military but all people who serve in law enforcement agencies for our country, state, and city.

In Matthew 8:5-13 the Bible recounts the story of the Roman Centurion coming to Jesus and requesting for his servant to be healed. The story is a testament to the soldiers complete faith in Jesus having the ability to heal his servant with just a word. Jesus marveled and told His followers that he had not seen such faith in all Israel as with this centurion. What is notable here is that Jesus did not condemn or chastise the soldier for his profession or for killing people. Conversation did not even come up. Why? Because God instituted governing authorities! Romans 13:1-4 shows us that governing authorities are appointed by God and within that, authority is given to that government to “execute wrath on those who practice evil”.

While people like Professor Avery have been afforded the freedom to voice their views, I would hope and pray that the majority of U.S. citizens realizes that whatever political views they may have, they support our troops. People who have voluntarily committed their lives to protecting our nation from those who would want to destroy us. Personally, I want to say to the valiant men and women of our military, THANK YOU! To you and your families for your service, protection, and sacrifice.

And to those of you who are sending care packages, may God bless you in your giving!